Duterte to get support for drug war in summit, observers say 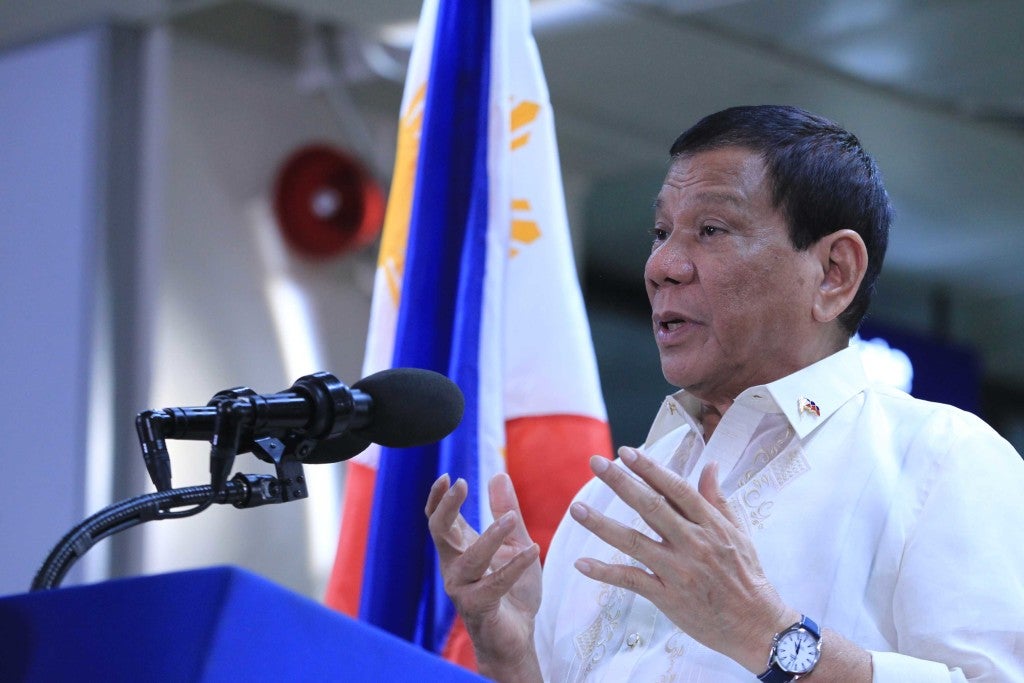 Duterte’s unpredictable foreign policy is also expected to be in focus at the Association of Southeast Asian Nations (Asean) event, with confusion surrounding his approach to Chinese expansionism in the South China Sea.

It will be closely watched for how Duterte, who has shocked with curse-laden tirades against the United States and the United Nations, handles hosting his first major diplomatic event.

“This will be a very interesting time. Everyone thinks he is a very charismatic leader, he speaks off the cuff,” a Southeast Asian diplomat involved in the summit’s preparations told AFP.

The crackdown on drugs, which has claimed thousands of lives and led to warnings by rights groups about a possible crime against humanity, has been a defining theme of Duterte’s first 10 months in power.

Duterte has relentlessly railed against the mostly Western critics of his drug war, angrily demanding they respect him while in turn using abusive terms to describe them.

Duterte hogged the headlines at another Asean leaders’ summit in Laos last year when some foreign observers erroneously mistook him as calling then US president Barack Obama, who was also attending, a “son of a whore” for criticizing the drug war.

The mood will likely be far calmer in Manila for the two-day annual event starting Friday, with Duterte to enjoy drug war backing from most of his guests, according to observers.

“I sadly expect Duterte will promote his drug war because he knows there will be no contrary words from the other Asean leaders,” Phil Robertson, deputy director of Human Rights Watch’s Asia division, told AFP.

“The region is falling deeper into dictatorship, repression and rights abuse.”

Among the heads of undemocratic regimes who will convene in Manila are Thai military junta chief Prayut Chan-O-Cha and Sultan Hassanal Bolkiah of Brunei, as well as the leaders of Laos and Vietnam.

Lauro Baja, a former Philippine foreign undersecretary and ambassador to the United Nations, agreed Asean leaders would back Duterte’s drug war while in Manila, or at least keep any concerns to themselves.

“I expect them to support the efforts of the Philippines to curb the drug menace, period. Without talking about how we achieve that,” Baja told AFP.

Baja said that, even if leaders did disapprove of Duterte’s tactics, they would observe a long-standing Asean policy of non-interference in each others’ affairs.

Meanwhile, Duterte’s contradictory statements on the Philippines’ approach to its dispute with China over rival claims in the South China Sea will be under close scrutiny.

Duterte rejected the policy of his predecessor, Benigno Aquino, who forcefully challenged Beijing through legal and diplomatic avenues including Asean events.

Duterte adopted a more pragmatic approach, remaining mostly silent on Philippine concerns while seeking billions of dollars worth of Chinese trade and aid.

But early this month Duterte announced he had ordered his troops to occupy vacant islands in the South China Sea.

He also said he may go to one of the islands already occupied by the Philippines to plant a national flag.

He and his aides later retracted the statements, as Duterte reverted to a more friendly tone towards China.

Nevertheless, Duterte has said he will not use Asean to pressure China.

Asean and China are also working on a “framework” agreement for a code of conduct on the South China Sea, with Vietnam, Malaysia and Brunei other claimants.

The summit will take place under heavy security following a series of deadly clashes recently with Islamic militants in the central and southern Philippines.

About 40,000 security forces have been assigned to guard the event, authorities said. CBB