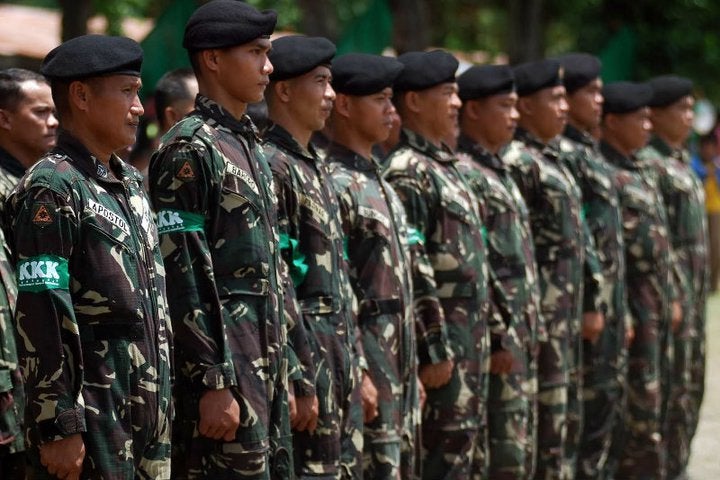 The Armed Forces of the Philippines on Monday said they have not monitored any terror threat to this week’s summit of the 30th Association of Southeast Asian Nations (Asean) in Metro Manila.

Manila will play host this week not only to the Asean summit but also to Sultan Hassanal Bolkiah of Brunei and Indonesian President Joko Widodo, both of whom are making state visits to the Philippines.

The 30th Asean summit, to be held in the Philippine International Convention Center in Pasay City from April 26 to 29, was the first of two leaders-level meetings that the country would host as this year’s chair of Asean.

President Duterte will chair the summit, which will be attended by the heads of state of the 10-member Asean.

A total of 40,877 personnel from 21 different government agencies—27,425 from the police—were mobilized for the security of the summit.

While there is no imminent threat monitored, Tomas said security forces will remain o high alert.

The government is deploying 40,000 security personnel for the Asean summit.

Tomas said they hope for a peaceful and orderly Asean summit and at the same time called on the public to exercise vigilance.

“Ang panawagan namin is not just the vigilance of the security forces but of the whole nation. There will be heads of states who will be coming in,” he said./ac