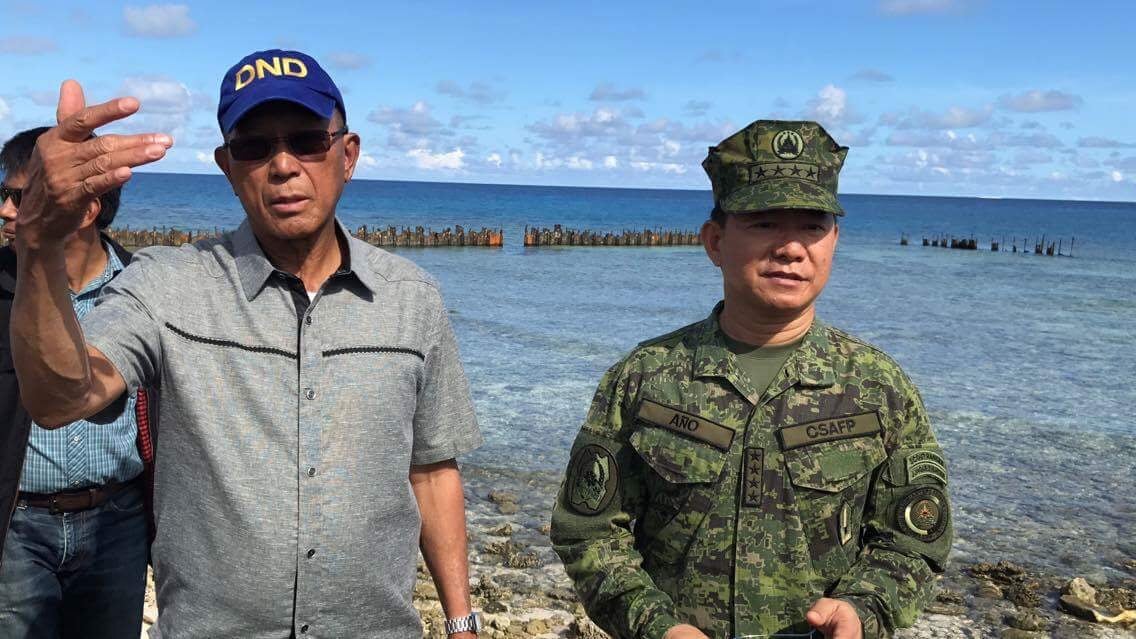 He was joined by top military officials to tour the island and inspect the facilities that need to be repaired.

(We are here to inspect the place because the President wants repairs done here. We have allotted funds to fix the runway.)

The Rancudo airfield is an unpaved 1.3-kilometer airstrip that is dangerous for landing big military planes.

(We will cement it, fix its edges and extend it because it was a scary experience landing on the C-130; we thought we would overrun the runway because it is too short.)

Lorenzana also bared plans to put up a fish port and to fortify the rest of the eight islands and reefs claimed by the Philippines in the Spratlys in a bid to make it a tourist destination.

(So we will put up facilities, including a transmission tower and solar and desalination (plants). Because once we fix the runway, it will be good to open this to many visitors. Many would want to go here because this is a beautiful tourist attraction.) IDL

Gordon to admin execs: Why let Duterte use you to destroy PH Red Cross?