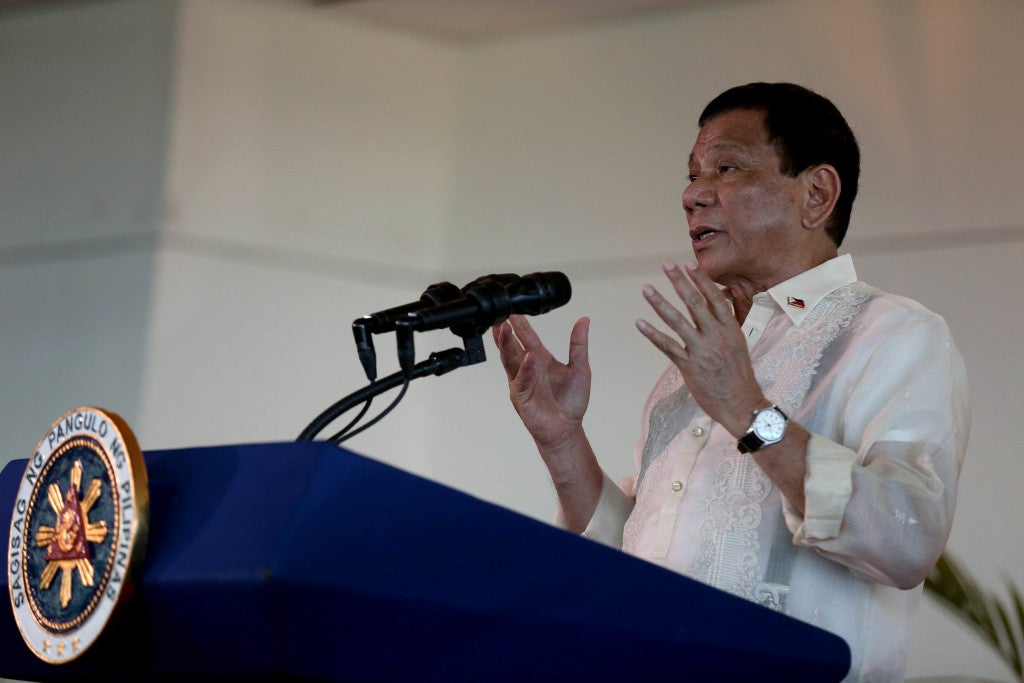 RIYADH — President Rodrigo Duterte said he was pushing for the creation of a separate department for Overseas Filipino Workers and a national ID system but Congress had to pass laws to this effect.

Duterte told some 1,000 OFWs gathered at the Marriott Makarim Hall here on Wednesday that congressional action was needed for the two concerns which the OFWs want his government to establish.

He however pointed out that on the national ID system the OFWs wanted to be implemented to hasten government transactions, there was a bill already filed in Congress.

Duterte also said a Consular office will be established in Al-Khobar region to serve OFWs in the Eastern part of Saudi Arabia, who had to endure about 400 kilometers of travel by car to process documents at the Philippine Embassy here or at the Consulate in Jeddah.

“Give me three months,” he said. JE