Duterte urged: Seek clemency for all OFWs in death row 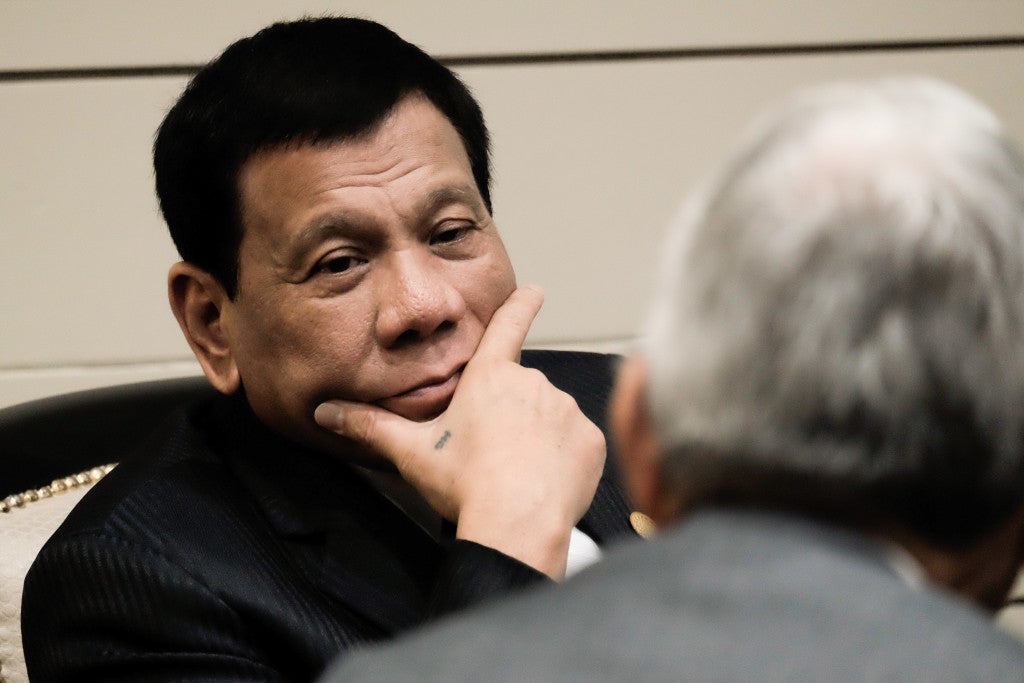 A migrant labor rights group on Wednesday urged President Rodrigo Duterte to seek clemency for all overseas Filipino workers (OFWs) on death row, especially those who are innocent and those who were not given proper legal assistance.

On Monday, before leaving for Saudi Arabia for state visit, Duterte vowed to fly home OFWs who had been pardoned in different countries in the Middle East as he embarked on his first trip to the Gulf states.

However, Presidential spokesperson Ernesto Abella on Tuesday said it would not be possible for the President to appeal for clemency on behalf of Filipinos on death row at the moment.

“The process has not yet reached the level of the king (it is still in the courts and judgments are not final yet), in which case, there is no place for us to be asking for this thing so let us wait for the process regarding death row issues,” he said.

Migrante International, along with the members of Filipino community in Saudi said that it will take up the appeal for OFWs on Saudi death row on their meeting with Duterte on Wednesday.

“In the spirit of the Holy Week, we urge President Duterte to actively appeal for mercy and compassion for our kababayans (countrymen), especially the innocent and those who were not given proper legal assistance by the previous administration,” Arman Hernando, Migrante spokesperson, said in a statement.

“The first OFW executed under the Duterte administration, Jakatia Pawa, had a strong case to prove her innocence but was deprived of legal assistance by the previous administration,” he added.

Hernando said that there is a resilient need for active government intervention in saving the lives of innocent OFWs on death row.

According to latest data from the Department of Foreign Affairs, there are currently 81 OFWs on death row. Migrante called on families and supporters of OFWs on death row to come forward to collectively appeal to Duterte to seek clemency for their loved ones.

The group also said that “clemency for all OFWs on death row” will be one of its main calls in the upcoming Labor Day rally on May 1. IDL