Early pioneers in the Big Apple 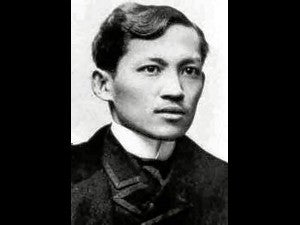 Was it Jose Rizal who paved the way for the hundreds of thousands of Filipinos in the New York area? Romantic thought there, but Rizal came here as a transiting tourist, not as an immigrant.

“He didn’t stay, per se. Just a stopover,” confirmed Reme Grefalda, curator of the Asian-American Pacific Islander Collection of the Library of Congress, to The FilAm.

Various accounts—including the “Reminiscences & Travels of Jose Rizal, 1878-1896,” translated by Encarnacion Alzona—place Rizal as being in Albany from May 13, 1888 at the adventurous age of 27. He left New York City three days later on May 16.

But it wasn’t wanderlust that brought him to New York. Rather, he was fleeing Spanish persecution. A year earlier, his inflammatory “Noli me Tangere” novel exposing the hypocrisy of the Spanish clergy  was published in Germany. Rizal feared for his life. He decided to lie low by traveling overseas.

In New York, Rizal stayed at the Fifth Avenue Hotel, according to Nestor Palugod Enriquez, president of FANHS New Jersey and a chronicler of FilAm history on the East Coast. FANHS, or the Filipino American National Historical Society, promotes Philippine culture through research and education. It has 26 chapters throughout the US. 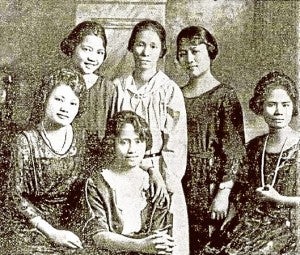 “It was one of the best hotels in New York City at the time and the building is now the location of the International Pencil Factory located at the Madison Park,” writes Enriquez.

Filipinos would later be recorded as having entered the East Coast via Ellis Island, the so-called gateway to the American Dream. Ellis Island was off the beaten track for many Filipinos—and Asians—whose port of entry was traditionally California because of its proximity to Asia.

But in 1915, a Filipino couple would enter the East Coast via Ellis Island, according to research done by Enriquez and Maria Embry. The couple was identified as Claro, 29, and Modesta Zumel, 25. They appear to be siblings. They were among the immigrants from Barcelona, Spain who boarded the ship Buenos Aires on December 25, 1914. The ship, carrying the two “members of the Filipino race,” made it to Ellis Island in January 12.

Descendants of one Domingo Delacruz were among the handful of Filipinos processed at Ellis Island. Married to an Irish woman named Isabella Galloway, Delacruz found himself on a passenger ship full of Irish immigrants bound for New York. The immigrants came from Liverpool. 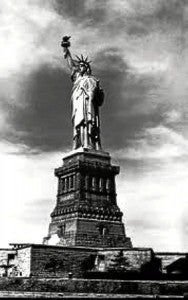 “(Their) children, Carlotta and Marie… joined their aunt Sarah in Greenwich Village in the early 1990s,” said the Enriquez-Embry research.

The ‘pensionados’ and the students of Ivy League schools were among the Filipinos who came to New York in the early 1900s, according to Dr. Kevin Nadal, president of FANHS Metro New York.

Evidence of the academic presence of Filipinos came in the form of photographs of ‘pensionado’ students, Filipino women of the Teachers College of Columbia, the San Esteban Circle in NYC, the Philippine Aero Student Club, within the period of 1920s to 1930s.

‘Pensionados’ were young Filipinos offered scholarships to study in American colleges courtesy of the American colonial government. Many of these students come from elite families, such as the Nakpils, the Delgados, and the Quirinos.

“There were Filipino pensionados at Columbia, NYU and Fordham,” said Nadal during a recent FANHS presentation, “From Bagoong to the Big Apple: Filipino Americans in New York City.”

Nadal’s research also turned up a creased photograph of an issue of the Filipino Student Bulletin, a paper “dedicated to the service and welfare of Filipino students in the United States.” It was dated November-December 1937. 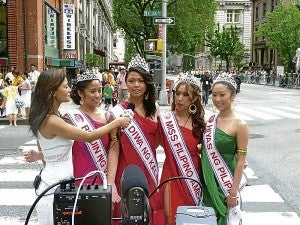 The year 1965 would open the floodgates to hundreds of thousands of Filipinos when the US put an end to its exclusionist policy aimed at Asian immigrants. The Filipinos arrived in large numbers and have never stopped coming since.

FilAms in New York celebrate Filipino migration history every October.  On Oct. 29 they will be at Carnegie Hall handing out awards to 12 outstanding Filipino-Americans, among them former fashion model Bessie Badilla and US Marshals spokesperson Roland Ubaldo.

Cristina DC Pastor is the founding editor of The FilAm.