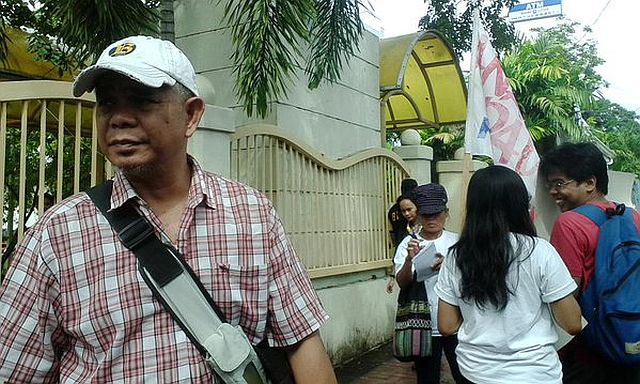 CEBU CITY —  At least 30 members of a militant group staged a protest rally in front of one the venues of the Association of Southeast Asian Nations (ASEAN) Summit in Cebu City past 10 a.m. on Wednesday.

The group gathered in front of the Radisson Blu Hotel at the North Reclamation Area to oppose any moves for the Philippines to join hands with “imperialist nations” like the United States and China.

“These two countries continue to impose themselves upon the Philippines by dictating policies that changes the country’s economy, politics, culture, and military programs,” said Jaime Paglinawan, secretary general of Bayan Muna Central Visayas.

“About P15 billion has been spent by the Philippines to host the ASEAN Summit. It appears that our country kneels down to imperialist nations even if their policies don’t benefit the vast majority of Filipinos,” he added.

Senior Supt. Joel Doria, director of the Cebu City Police Office, said they gave the militant group the chance to express their sentiments.

“We exercised tolerance. They have not been unruly nonetheless,” he said.