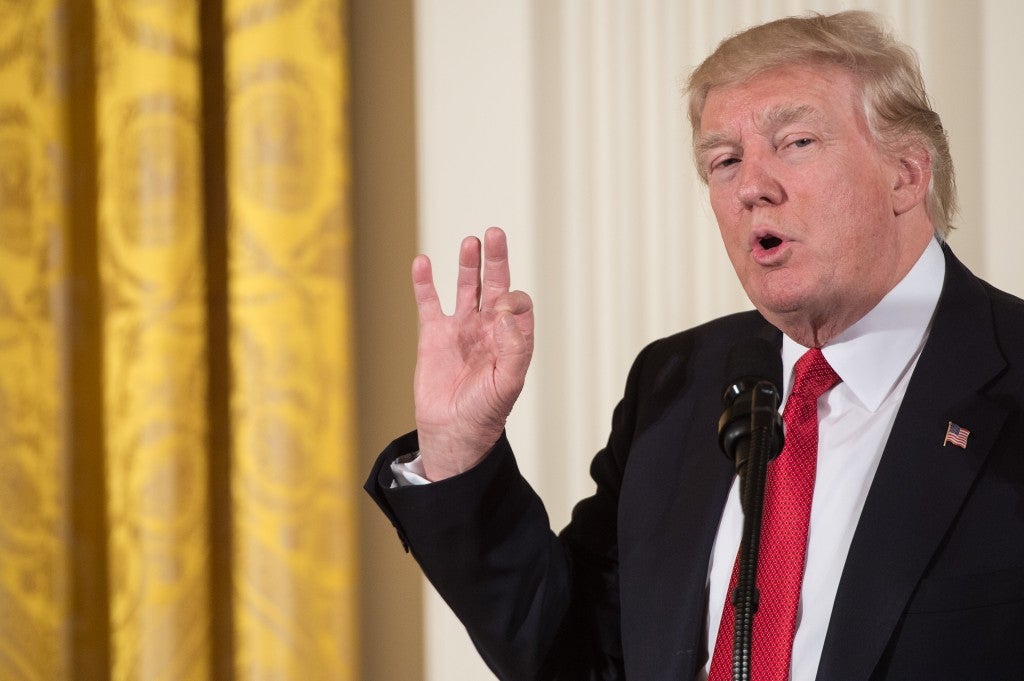 The debate surrounding US President Donald Trump’s immigration crackdown has focused almost entirely on the Latino community, leaving other groups affected — notably Asians — largely out of the discourse, experts say.

Of the estimated 11 million unauthorized immigrants in the United States, some 80 percent are from Mexico or elsewhere in Latin America. But the second largest group — 1.5 million — are from Asia, according to government figures and researchers.

The majority hail from China, India, the Philippines and South Korea, representing the fastest-growing segments of unauthorized immigrants in the United States since 2000, according to the Pew Research Center and the Migration Policy Institute.

The number of unauthorized immigrants from India, for example, grew by about 130,000 from 2009 to 2014, to an estimated half a million, according to Pew.

And yet Asians have often been overlooked in the current debate over illegal immigration, which has mainly been cast by the Trump administration as a Mexican issue that can be tackled by building a wall along the US-Mexico border.

“Asians in the United States have not received the same sort of focus as people from Mexico and Latin America,” said Stephen Yale-Loehr, an immigration lawyer and professor at Cornell Law School.

“It may be more sociological than anything else but they are certainly concerned, as everyone else, about the new enforcement policies.”

Joon Bang, executive director of the Korean American Coalition in Los Angeles, said that since Trump’s election in November he has witnessed mounting fear within the Korean community over the president’s immigration policies.

“To give you an idea… we normally get about 60 calls a month regarding immigration issues and since Trump was elected we’ve had an average of about 150 calls per month,” Bang said.

“It’s all fear-related, from people with or without status, to those with a visa or in the process of applying for citizenship.”

He said the anxiety is such that in one instance a Korean woman in Los Angeles who was domestically abused refused to go to the police for fear she and her family would be deported.

While most of the Latino undocumented immigrants cross into the United States by slipping through the US-Mexico border, those from Asian countries typically arrive on tourist or student visas and then overstay their allotted time.

And unlike immigrants from Mexico or Central America, they usually don’t come from a poor background and have immigration petitions in the pipeline.

These defer deportation for unauthorized immigrants who grew up in the United States and for parents of American citizens or legal residents.

“There is a demographic among the Asian community that wants to take advantage of this, so that they can be seen… and come out of the shadow,” Bang said.

The concern now, however, is that these programs face an uncertain future under the Trump administration.

Yale-Loehr said he has counseled in recent months a number of undocumented students at Cornell who fear for their future and are unsure where to turn.

“Some of them have come in for a formal immigration consultation to determine whether they have other avenues to become legal, such as political asylum or marrying a US citizen for love,” he said.

“Sometimes they just want to vent, talk about how hard it is, and worry whether they will be able to continue their studies at Cornell.”

He said given the current uncertainty on immigration, his advice is often to just lay low and wait it out.

“Many times they have no immigration options and it’s very frustrating because we don’t have a solution for them,” Yale-Loehr said. “But there is nothing we can do right now.”