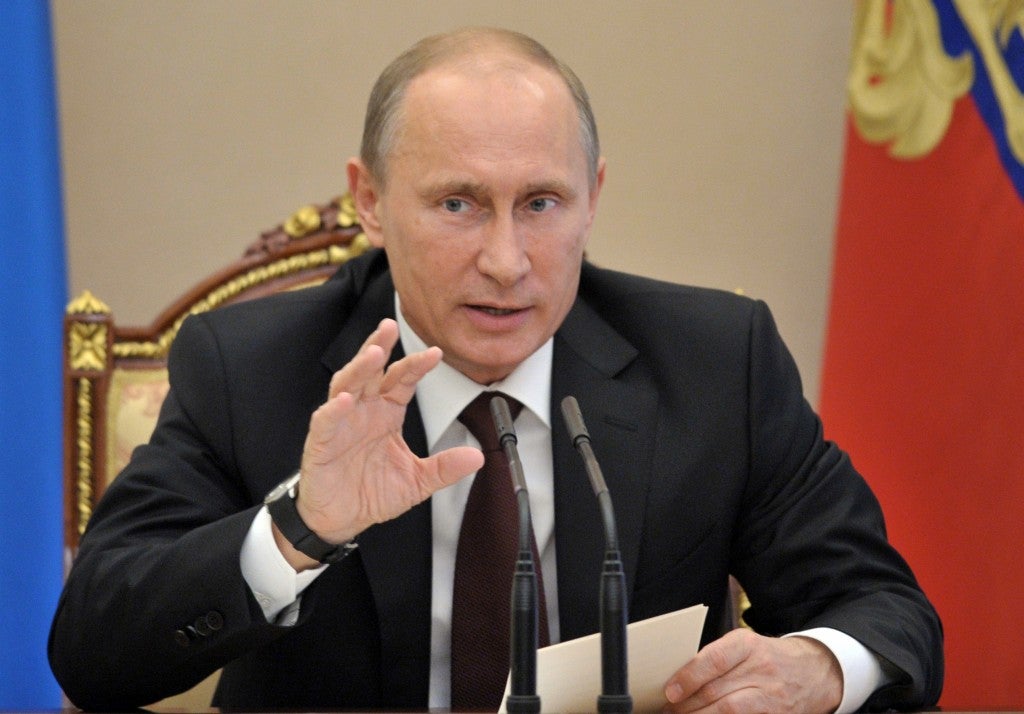 More than 3,000 congregations and 200,000 members of Jehovah’s Witnesses in the Philippines on Tuesday joined the worldwide letter-writing campaign calling for Russian President Vladimir Putin and other government officials to inhibit the case that seeks to declare Jehovah’s Witnesses as extremists.

They also called for the Russian government to stop the case from banning their activity and liquidating their properties throughout Russia. Around 8 million Jehovah’ Witnesses are expected to join the campaign.

The Watch Tower Bible & Tract Society of the Philippines, the legal and corporate arm of the Jehovah’s Witnesses in the country, met with the Russian Embassy in Manila officials last week to ask the latter to negotiate in behalf of the 175,000 members of the religious organization in Russia.

“We hope that the Russian authorities will stop the legal action being taken against our branch office and congregations in Russia so that our brothers and sisters can continue to gather peacefully for Christian meetings without interference,” he added.

According to Watch Tower, Russia’s Ministry of Justice filed a claim on March 15 with the Supreme Court of the Russian Federation to label the Administrative Center of Jehovah’s Witnesses in Russia as extremist and liquidate it.

The claim also seeks to ban the activities of the Administrative Center. If the Supreme Court upholds this claim, the Witnesses’ national headquarters near St. Petersburg will be shut down. The Supreme Court is expected to rule on the claim on April 5.

The law, enforced in 2002, bars “public and religious associations or any other organizations, or of mass media, or natural persons [from undertaking activities]… aimed at the forcible change of the foundations of the constitutional system and the violation of the integrity of the Russian Federation.”

The prohibition covers religious activities that impart “propaganda of the exclusiveness, superiority or deficiency of individuals on the basis of their attitude to religion, social, racial, national, religious or linguistic identity.”

“Prosecuting non-violent, law-abiding citizens as if they were terrorists is clearly a misapplication of anti-extremist laws. Such prosecution is based on completely false grounds,” he added.

Semonian said that they hope that the organization’sletter-writing campaign will motivate Russian officials to stop the “unjustifiable action against our fellow worshippers.”