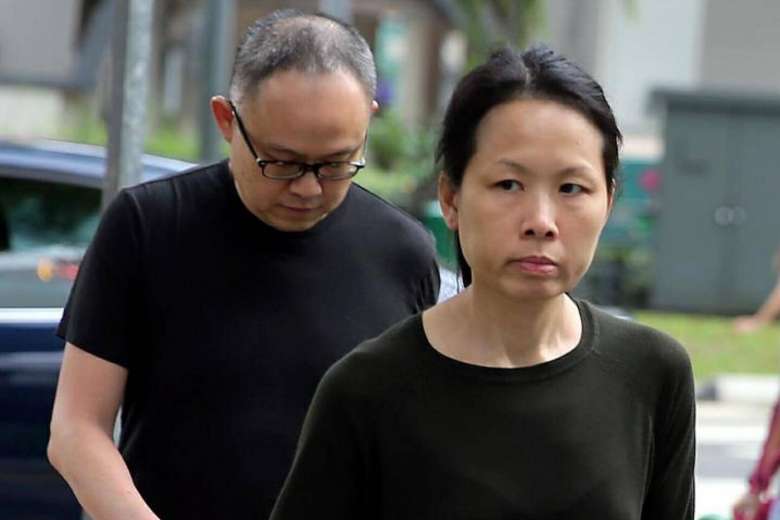 SINGAPORE — A Singaporean couple who pleaded guilty to starving their Filipina maid were jailed and fined on Monday.

The prosecution, which is asking for the maximum sentence of one year’s jail for both, is appealing. The couple are on bail of $3,000 (P107,800) each pending the appeal.

Lim was convicted in March last year of a charge of contravening the Employment of Foreign Manpower (Work Passes) Regulations 2012 which requires employers to pay and provide adequate food and medical treatment for their domestic helpers. Chong was found guilty of abetting Lim in committing the offense.

The couple provided Filipino domestic worker Thelma Oyasan Gawidan with only two meals a day at their previous condominium home at Boulevard Residence in Cuscaden Walk, causing the 40-year-old’s weight to drop from 49kg to 29kg over a 15-month period.

The first meal, which was usually provided at around 1am to 2am, comprised two to three slices of plain white bread and one to two packets of instant noodles. Occasionally, Chong would mix small portions of vegetables and meat with the instant noodles.

The second meal, which was provided in the late morning or early afternoon, would consist of five to six slices of plain white bread.

Lim bought Gawidan’s food. Lim, Chong and their children ate different food, which was greater in quantity and higher in nutritional value than what their helper was rationed with.

Gawidan also had to ask for permission before drinking water, and Chong would give her water from the tap. Gawidan stopped menstruating after February 2013 and her hair started falling out a few months later.

Chong also forbade Gawidan from using the toilets in their home. The domestic worker had to use the common toilet in the condominium. Gawidan was also allowed to shower once or twice a week and Chong would stand inside the toilet while she showered.

During the trial, Lim said his wife had previously suffered from anorexia nervosa — an obsessive desire to lose weight by refusing to eat — and from obsessive-compulsive disorder. Due to her preferences, he said their lifestyle “revolved around food and cleanliness.”/rga