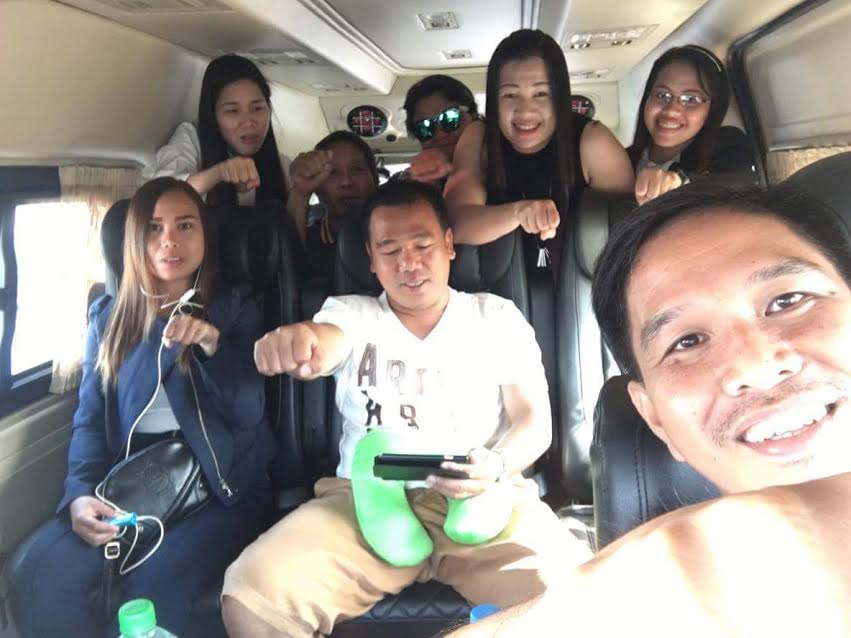 Some of the Filipino workers in Thailand are excited to meet and hear President Duterte. CONTRIBUTED PHOTO

Angelou Barcelona, who hails from Mlang, Cotabato, and is married to a Thai national, told this writer that she and her fellow Filipina friends immediately registered to be admitted into the meeting when they learned of Duterte’s visit last November yet. The meeting is scheduled to start at 7 p.m. here (8 p.m. Manila time).

Barcelona, who has lived here for seven years now, said she voted for Duterte, who she fondly calls “Tatay Digong,” and expressed her admiration for the President’s war on drugs and corruption and for “speaking his mind.”

She said she and about 80 other Filipino workers from Phitsanulok province traveled for almost five hours to the capital city of Bangkok on Monday to hear Duterte at the convention hall Wednesday. The President is expected to hear some concerns by Filipino workers in Thailand during the meeting, including work conditions as well as how to help Filipinos facing charges filed against them by the Thai government.

She said the Philippine embassy does not have enough staff to attend to the many concerns of the growing population of Filipinos in Thailand.

Duterte and his delegation arrived on March 20 in Bangkok for his three–day official working visit.

Dubbed as a historical event, The Nation Multi-Media News praised Duterte for his “two passions with Thai–-protecting the rights of migrant workers, and drug-free ASEAN.”

Thailand has expressed its full support on the initiatives of the Philippine government under Duterte. With additional report from Jezreel M. Llanera of Pinoythaiyo