Are Southeast Asians aware of what ASEAN is for? | Global News
Close
menu
search

Are Southeast Asians aware of what ASEAN is for? 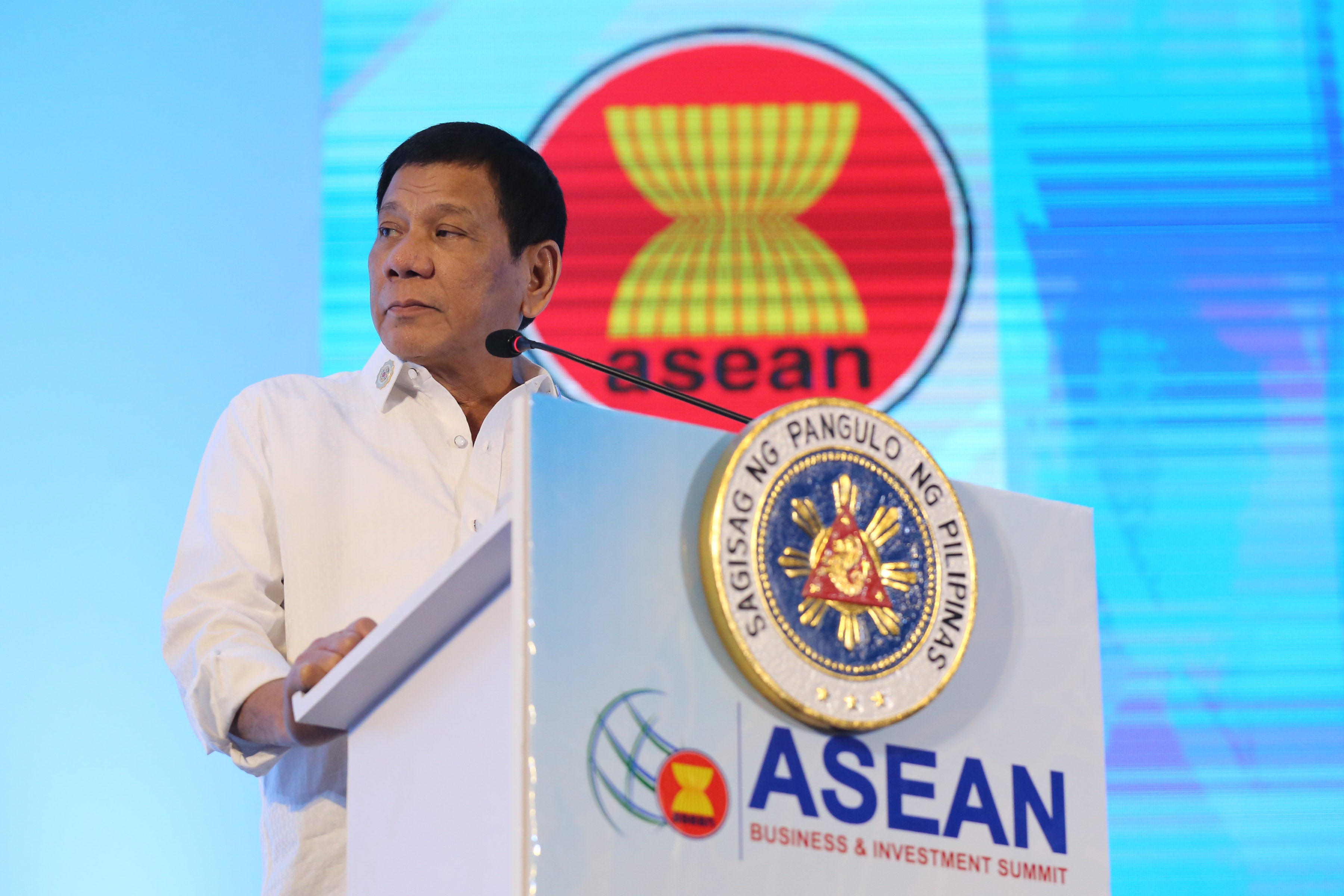 President Rodrigo Duterte addresses business leaders at the 13th ASEAN Business and Investment Summit in Vientiane, Laos on September 6, 2016.  The Philippines is the regional host for the 2017 ASEAN Summit.  Preliminary conferences have been held in the Visayas for the big event this year, which coincides with the 50th founding anniversary of the ASEAN. President Duterte has toured Southeast Asian nations to forge a common agenda for the upcoming summits this year on April 26 to 28, 2017 and Nov. 13-14, 2017.  (KING RODRIGUEZ/PPD)

BACOLOD CITY – The 15th Meeting of the ASEAN Senior Officials Responsible for Information kicked off at the SMX Convention Center in Bacolod City on Tuesday (Mar. 21), to tackle, among other things, the level of awareness of Southeast Asian peoples of what the Association of Southeast Asian Nations works for.

A total of 4,273 security personnel from 21 government agencies were deployed in the city for the event.

The two-day meeting of some 50 delegates, including senior representatives from the ministries in charge of information in the 10 ASEAN members states, is geared towards boosting ASEAN awareness initiatives, according to Undersecretary Noel George Puyat of the Presidential Communications and Operations Office.

He said it would try to reach a consensus on policy guidelines and priority areas in the fields of information and media, and boost the high tourism potential of Bacolod City.

Puyat said the delegates would monitor the progress of implementation of work programs and related activities, including the ASEAN Strategic Plan for Information and Media 2016 -2025, communication plans in support of the ASEAN Community, cooperation and dialog partners, and joint activities for the 50th Founding Anniversary of ASEAN.

The Southeast Asian Region is composed of 630 million people, with a diverse number of ethnicities, religion and languages, according to background information provided by Puyat. It also has 10 member countries covering 1.7 million square miles with an economy valued at P2.5 trillion, ASEAN data show.

Surveys on ASEAN Community Building show that while 81 percent of ASEAN citizens have heard of ASEAN, only 24 percent have a basic understanding of what it is and its purpose for existence, according to Puyat.

The role of the Presidential Communications Office, as the lead of the Committee on Media Affairs and Strategic Communications, has been to spread awareness and educate the public about ASEAN, Puyat said.

The Palace communication official said the PCOO has been working on making every Filipino know and understand what it means to be part of the ASEAN, how it benefits them, and how they can participate in making positive change in the regional community.

In addition to digital and traditional means of communication, PCOO has mobilized ASEAN roadshows, one of which would be held in Bacolod City on Friday (Mar, 24), he said.

Surveys conducted after each session with the students have shown that more than 50 percent of them attained an increase in awareness, Puyat said.

The Philippines as chair of the ASEAN 2017 will host a grand commemorative celebration of [email protected] on August 5, according to Puyat.

All of the activities have been geared at ensuring a stronger ASEAN serving as a model for thinking nationally, working regionally and engaging globally, he said.  SFM