LOS BAÑOS, Laguna — During an expedition in May last year, marine scientists explored Benham Bank, which, at 50 meters, is the shallowest part of Benham Rise.

Benham Rise, the underwater landmass northeast of Luzon that the United Nations declared part of the Philippines’ continental shelf, has been grabbing headlines because of the presence of Chinese ships that may or may not have been given permission to do research in the area, according to conflicting claims by President Duterte, Defense chief Delfin Lorenzana, as well as Foreign Affairs officials.

What remains undisputed, however, are the possible trove of mineral and gas deposits about 3,000 meters below the water’s surface that have yet to be discovered.

“We claim, but we don’t know yet what we are claiming,” said Dr. Carlos Primo David, executive director of the Philippine Council for Industry, Energy and Emerging Technology Research and Development of the Department of Science and Technology (DOST). 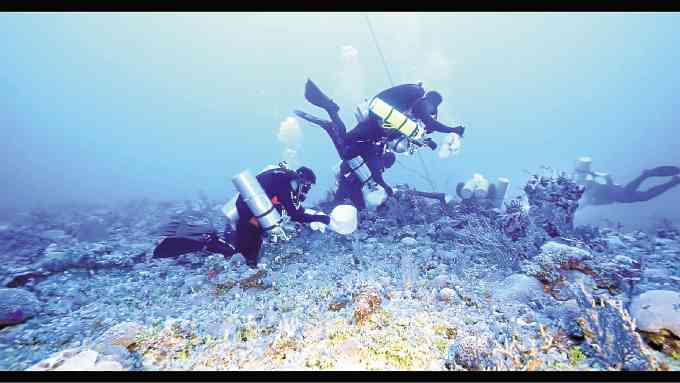 Into the blue. Screen grab of divers from the film “Benham Bank.”

David used to be the program leader of the government’s Benham Rise Project at the time the Philippines, in April 2009, submitted its claim for an extended continental shelf to the United Nations Convention on the Law of the Sea (Unclos).

It was Dr. Teodoro Santos of the University of the Philippines National Institute for Geological Sciences (UP-NIGS) who suggested that the government submit a claim to the Benham Rise, then described as a “relatively unknown area of the Pacific Ocean.”

“After the Unclos decision, the DOST started planning a baseline research—what’s in there, what we know in the area, (and) how to manage (the Benham Rise),” said David.

The Benham region has always been a rich fishing ground for fishermen from Aurora, Quezon and Bicol. But weather is not favorable all year round, with the seas rougher outside the months of March to June. 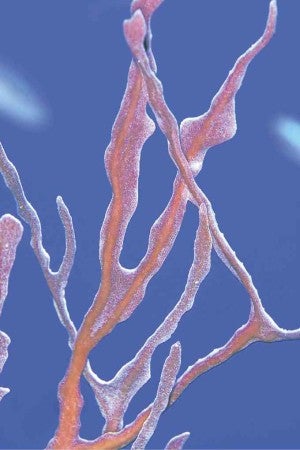 One of 20 sponge specimen —Oceana/UPLB

Sometimes referred to as the Benham Plateau, the landmass, described to have a craggy or rough surface, is  bigger than Luzon or almost half the size of the Philippines’ total land area. It extends eastward off the provinces of Aurora and Isabela, and the Bicol region, but has always been connected to Luzon’s landmass through the Bicol and Palanan saddles.

In May 2014, a team of marine experts, with a P24-million DOST funding, launched the first scientific exploration into the Benham Rise.

The team of around 25 people, mostly marine experts, left the Navotas port in Metro Manila on board the MV DA- BFAR and sailed down to Sorsogon province, then to Catanduanes before going up north to the east of Aurora.

In 2016, they took a shorter route by boarding the same ship off Sta. Ana town in Cagayan province to the Benham Bank. After the exploration, they sailed toward Tabaco City in Albay province and travelled by land to Metro Manila.

The group of 40, including more technical divers from the Philippine Navy and the Philippine Coast Guard, was filled with excitement as “that would be the first time ever we’d see Benham Rise,” recalled Dr. Cesar Villanoy of the UP Marine Science Institute, the Benham Project program leader. 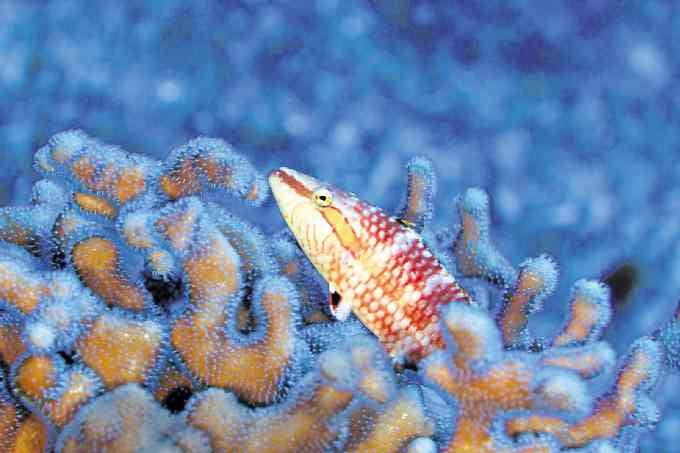 Found: over 66 types of fish including angelfish, oriental wrasse and cardinal fish —Oceana/UPLB

At most, said Villanoy, they spent only about five to 10 minutes on the Benham Bank but took an hour ascending back to the boat. Although the dive happened almost daily during the 2016 exploration, not one person could have done it on consecutive days.

Villanoy, himself a renowned oceanographer and scuba diver, went diving only once, during the 2014 trip, “as it was too deep and went beyond the safety limits of scuba diving.” 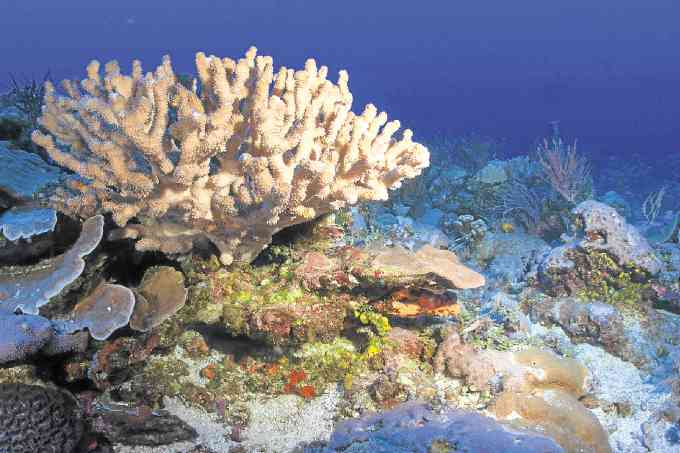 The team surveyed almost the same area of the Benham Bank during the 2014 and 2016 cruises, as that was the only area that the ship’s anchor could reach.

“That’s why we’re looking at (using) the BRP (Gregorio) Velasquez,” Villanoy said, adding that its being equipped with dynamic positioning allows it to sail in deeper areas without an anchor.

“Typically, it would be dark (underwater) at that depth since not much light could penetrate. But since (Benham’s) water was very clear, it remained bright even at (a depth of) 50 meters,” he said, adding that Benham Bank met their expectations.

Dr. Hildie Marie Nacorda of the UP Los Baños School of Environmental Science and Management described diving in water that deep as like being in “a dreamy state.” At one point, she said, a fish swam smack against her, “probably wondering what we were doing there.”

The team’s only means of communication throughout the exploration was through satellite phones. That the seas stayed calm almost through their stay was something to be thankful for, they said.

Though there were provisions for the two-week exploration, the team members felt like they were in the set of the movie “Cast Away,” “except that there was air conditioning (on the boat),” said Villanoy.

“By the end (of the exploration), everyone was cranky. Uwing-uwi na (We were raring to go home),” he added. 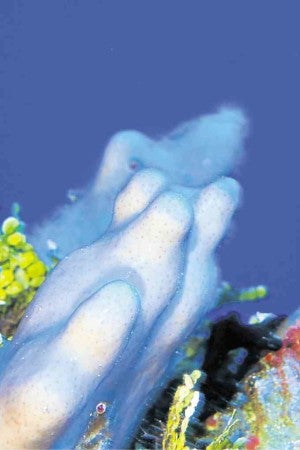 But the physical inconvenience was nothing compared to what they saw on the Benham Bank.

“Corals are thriving… There are areas 100 percent covered by corals, some of them very unique,” Villanoy said.

Some portions of the bank are covered by corals, while other areas are “unconsolidated sand” or covered by scattered rocks, said Nacorda.

From both explorations, Nacorda’s team collected samples and took shots through underwater cameras of at least 20 specimens of sponges, 15 specimens of corals, and at least 66 different types of fish. They are now studying bacteria and microbial products from the underwater plateau.

The Benham Rise was tagged by the Department of Environment and Natural Resources (DENR) as the Philippines’ “first major expansion” of its maritime boundaries since the country declared its exclusive economic zone in the 1970s.

“It’s the first modern expansion of our jurisdiction, probably since the birth of the republic,” said Dr. Jay Batongbacal, director of the UP Institute for Maritime Affairs and Law of the Sea.  Batongbacal also served as the legal advisor of the Philippine delegation to the UNCLOS.

The Philippines has the sovereign rights to explore and exploit mineral and genetic resources in the Benham Rise, which scientists believe holds large amounts of natural gas deposits and manganese nodules.

“(But) the ECS (extended continental shelf) pertains only to the resources underneath (and not the waters above),” said David.  “Technically, you cannot put any structure. You also cannot prevent ships from passing through,” he added.

From where the Philippines’ exclusive economic zone ends, the Benham region extends another 300 nautical miles in the Pacific Ocean. This is where the ECS becomes tricky, as foreign vessels are technically allowed to sail or pass through this area.

Even foreign military vessels are allowed passage, “as long as it does not threaten our security,” said Batongbacal. “(The passage) has to be purely for navigation,” he added.  “What (foreign countries) are allowed to [do] is [exercise] the ‘freedom of navigation’—[move] from one place to another. They cannot do anything else other than that.”

The recent incursion of Chinese vessels in Benham Rise may warrant culpable violations by China, Batongbacal said.  For one, “(President Duterte) did not know all the details (of the Chinese vessel’s purpose there). They could be doing exploration for petroleum, for fisheries, for bioprospecting, mapping, all of those we have laws for,” he added.

As part of the Philippines’ rights, “we can ask them to stop and they have to oblige,” Batongbacal said.

The Philippines may also demand that the Chinese turn over whatever research materials they’ve gathered from Benham Rise and require foreign research ships to seek permission from the government for future undertakings.

“We can even demand that some of our men participate [in their research],” added Batongbacal. 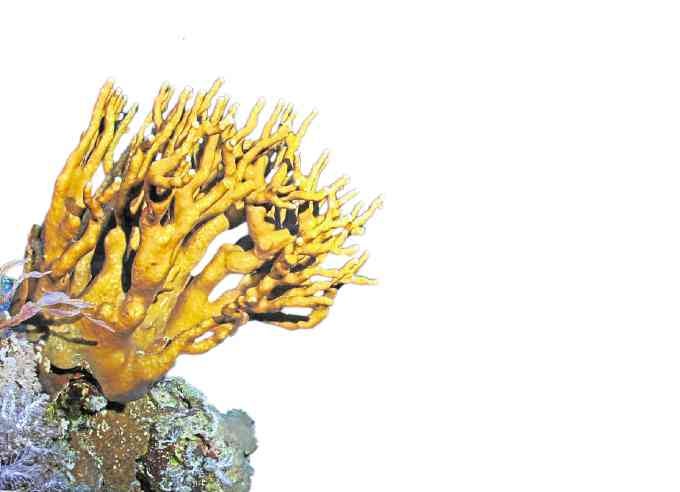 Local scientists, however, are aching for government support to sustain exploration of Benham Rise. For one, said Villanoy, they need a bigger ship to reach deeper waters, as well as instruments for scientific research.

In 2016, the Philippine Navy acquired the 279-foot BRP Gregorio Velasquez, its first and, so far, only oceanographic research vessel.

“We don’t have the capability to go deeper,” rued Villanoy. “Benham is a very wide area. Even if we had gone twice to the Benham Bank, we still did not cover the entire bank.”

According to Nacorda, what people had seen of the Benham Rise is a mere 1 percent of this underwater land mass. And scientists had yet to determine if petroleum or minerals like copper, cobalt or manganese can be found there.

David said the DOST and Jamstec have long been discussing plans to launch the next exploration, which may happen this year or in 2018.

“The real point is, we have claimed this since 2012 but have no idea just yet (what is actually there). What it needs is a comprehensive research,” David said.