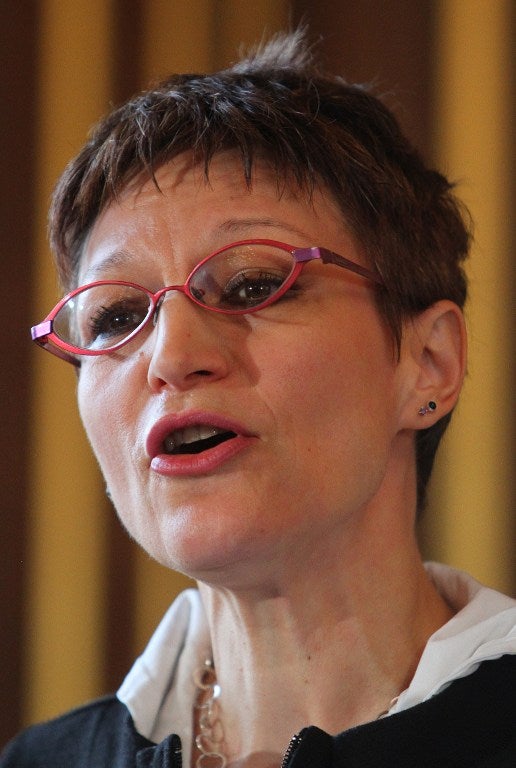 The Philippine government is firm on its decision that United Nations (UN) special rapporteur Agnes Callamard could not pursue her fact-finding visit to the Philippines unless she accepts the conditions set by President Rodrigo Duterte.

Duterte  earlier said Callamard must have a public debate with him and allow him to ask her questions. The President said Callamard should also take an oath to confirm her intention to be truthful.

“Well, I think the conditions set by the President are still standing, ‘no. Until and unless she agrees to these conditions, I don’t think the visit will push through,” foreign affairs spokesperson Charles Jose said in a Palace briefing.

READ: Debate with Duterte on drug killings or no probe, UN rapporteur told

Asked whether the government would be open to a compromise, Jose said “the President has already given instructions and these are the conditions that he would like to be met for the visit to take place.”

Callamard earlier rejected the conditions set by Duterte on her fact-finding mission on the spate of drug killings in the Philippines, saying it could breach established protocol of the UN Human Rights Council. JE/rga

READ: Callamard to PH: Give us freedom of movement, access to sources

Read Next
US Intel linking her to drugs? De Lima says it’s out of this world
LATEST STORIES
School to fine parents for picking up their children late
‘Maman Dion,’ mother of singer Celine, dies at 92
Warrant for Odell Beckham Jr. rescinded in butt-swat case
Federer figures Nadal, Djokovic will pass him
Last batch of imported trash sent back to South Korea
MOST READ
End of his agony? SC rules in favor of Espinosa, orders promoter heirs to pay boxing legend
Duterte’s ‘soft heart’ could save ABS-CBN, says election lawyer
OSG plea to revoke ABS-CBN franchise ‘a duplicitous move’ – Lacson
Marcosian mode: Duterte threatens to arrest water execs ‘one night’
Don't miss out on the latest news and information.