DFA: Services to go on even without chief | Global News
Close
menu
search

DFA: Services to go on even without chief 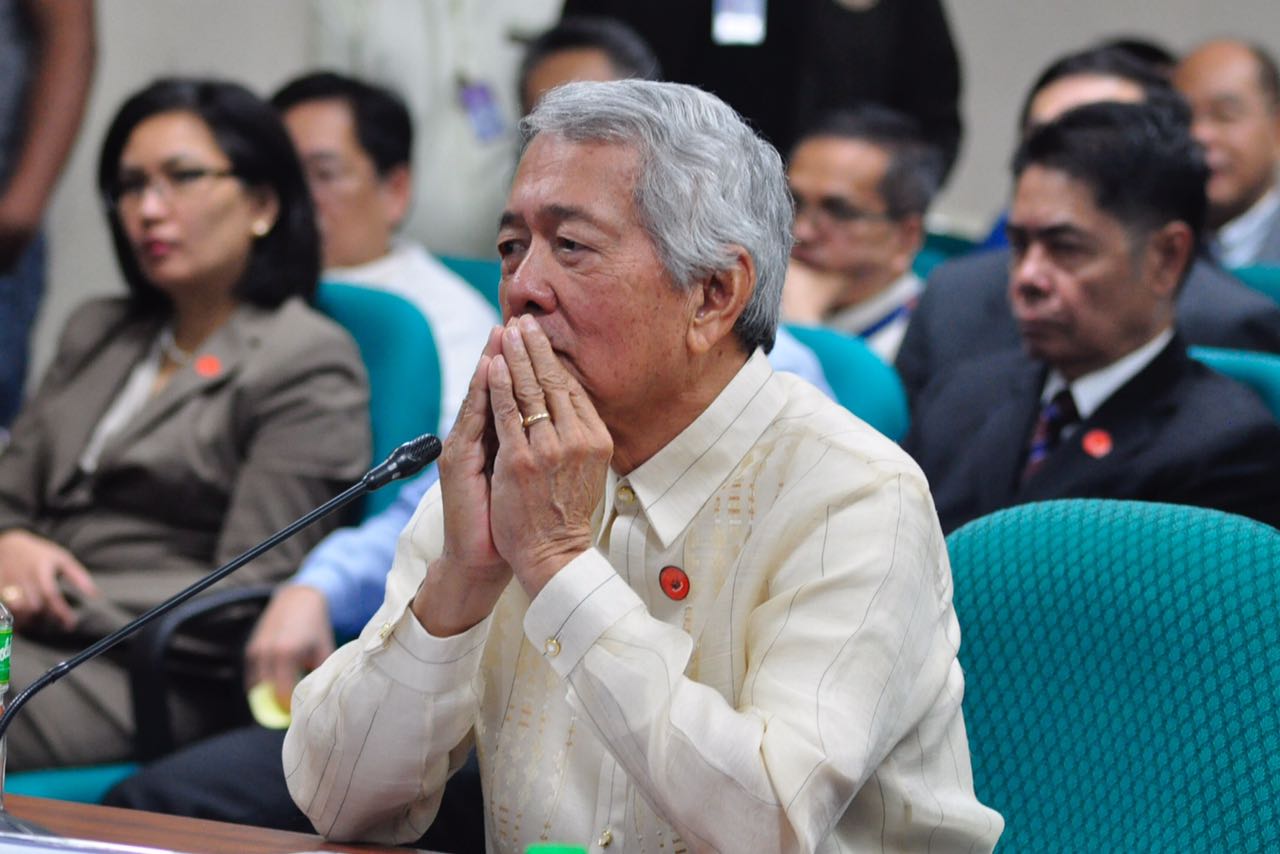 Foreign affairs secretary Perfecto Yasay Jr. faces the grilling of the Commission on Appointment at the Senate on March 8, 2017, but his Cabinet appointment is ultimately rejected on the same day.   (PHOTO BY GRIG C. MONTEGRANDE  / INQUIRER)

MANILA — Following the rejection by the Commission on Appointments (CA) of Perfecto Yasay Jr’s appointment as foreign affairs secretary, the Department of Foreign Affairs has assured the public it will continue its work and its frontline services, although rendered headless for the meantime.

Foreign Affairs Assistant Secretary Charles Jose, the DFA spokesman, expressed the DFA’s respect for the decision of the CA to unanimously reject Yasay’s appointment based on questions on his citizenship.

Prior to the rejection of his appointment, Yasay made ambiguous statements to the members of the CA as well as to the media about the status of his citizenship.

Jose said that the DFA would await President Duterte’s appointment of a new secretary of foreign affairs.

“In the meantime, we will ensure that the transition will go smoothly and that the DFA continues to carry out its work effectively,” the spokesperson assured the public. SFM