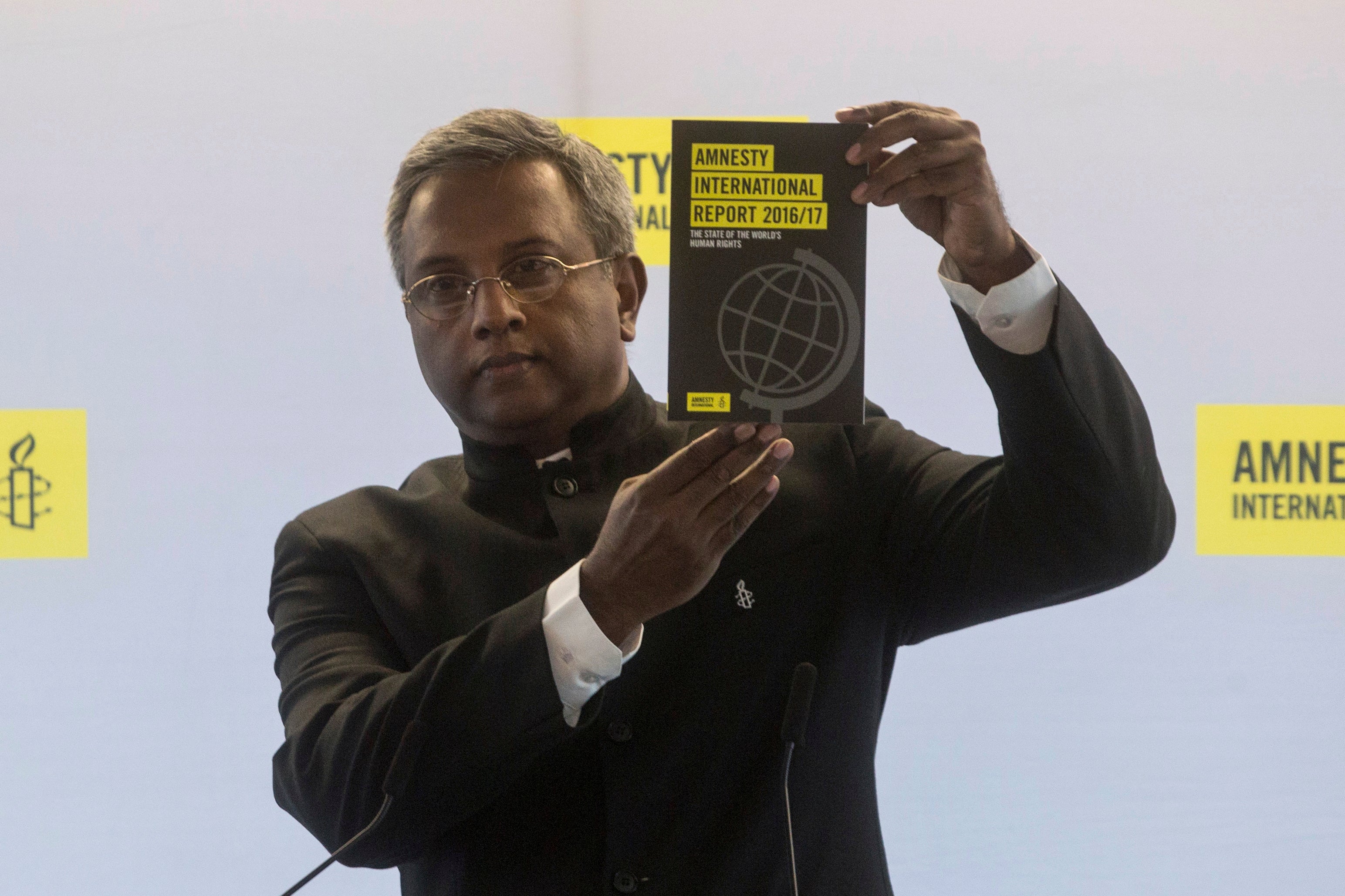 CEBU CITY, Philippines — A global human rights organization has described as “alarming” the spate of drug-related killings in the country that took place since President Rodrigo Duterte assumed his post in July 2016, adding that it could still bring a case on the killings against Duterte to the International Criminal Court.

In its annual report, Amnesty International (AI) said at least 7,080 drug suspects throughout the Philippines were killed either in police operations or by unknown assailants from July 1 to Jan. 31—a cause of great concern for human rights advocates.

“Amnesty International is very much alarmed. One life is too much. What more is losing at least 7,000 lives in a span of just eight months? Nothing can be more alarming,” said lawyer Romeo Cabarde Jr., AI-Philippines’ vice chair, in a news conference at Abuhan Dos Restaurant in uptown Cebu City on Tuesday morning.

Except for Mr. Duterte’s rhetorics in support of the killings, Cabarde said AI had no sufficient proof that would pin down Mr. Duterte to the drug-related killings.

Still, he added, they have been looking into the possibility of bringing the matter to the International Criminal Court to give justice to the families of the victims.

“Nothing in the (AI) report says that President Duterte has a hand on all these killings. But his pronouncements in public, that he supports the police who can kill drug suspects, has a legitimizing effect,” he said.

“These are very alarming rhetorics because it promotes and legitimizes the use of violence and force, and even to kill people to fulfill certain functions,” he added.  SFM