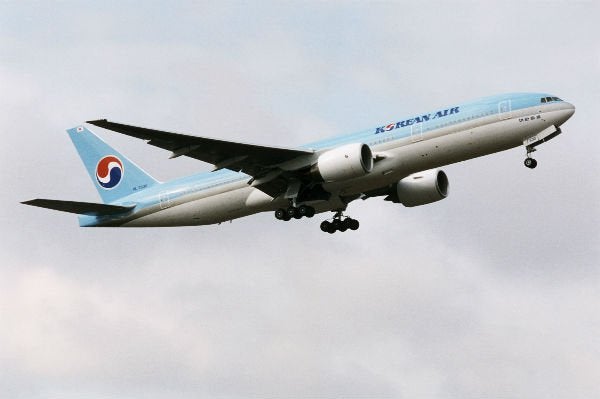 According to a report from the Manila International Airport Authority (MIAA), the Korean Air flight from Singapore immediately radioed in to the Manila control tower for an emergency landing after smoke was detected in its cabin at around 1:30 am.

MIAA immediately deployed firetrucks and medical teams to await the aircraft which landed safely and unloaded its 285 passengers to ensure their safety.

Korean Air maintenance personnel immediately inspected the aircraft and declared it safe to continue the flight at 4 am.

Sung Suk Jae of Korean Air clarified that the flight did not have smoke in the cabin but the crew “sensed a burning smell coming out from a seat.”

“After a maintenance check it was figured the origin of the smell was the AVOD (audio/video on demand) unit that was malfunctioning.  The unit’s power supply was cut (as) a safety measure and continued the flight,” he said.

The aircraft, with its 285 passengers, resumed its flight to Incheon taking off from the Naia past 5 am. CBB/JE

Read Next
German hostage beheaded by Abu Sayyaf Islamists — gov’t
EDITORS' PICK
Look Through: The fate of impounded stray dogs
House energy committee chair Arroyo bats for cheap electricity
Unleash the photographer in you this World Photography Day with vivo smartphones
What to watch out for when selecting a video surveillance solution
23,000 cops to be deployed nationwide for school reopening
DOH says COVID-19 cases plateauing, but public shouldn’t be ‘complacent’
MOST READ
Sharon Cuneta asks for prayers for friend in ICU who suffered silent stroke
Light therapy could be the answer to your sleep problems
Korina Sanchez reunites with former ABS-CBN co-anchors Julius Babao, Cheryl Cosim
PBA: San Miguel ousts Meralco to arrange finals duel vs TNT
Don't miss out on the latest news and information.