Yasay: Chinese minister’s trip scrapped not due to my remarks | Global News

Yasay: Chinese minister’s trip scrapped not due to my remarks 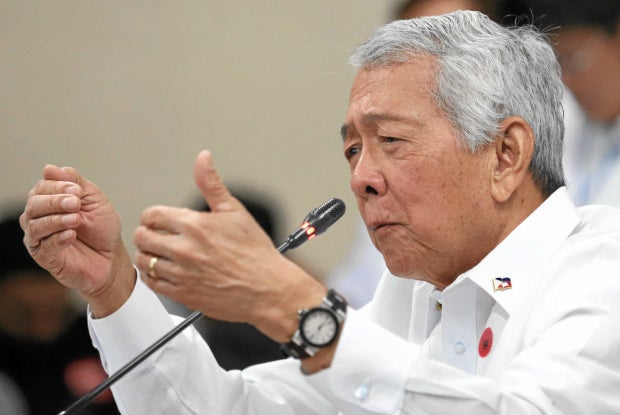 Foreign Affairs Secretary Perfecto Yasay Jr. clarified on Saturday that his statements regarding China’s militarization of the South China Sea did not cause the Chinese minister for commerce to cancel his trip to Manila.

“For the record, the trip to Manila of the Chinese trade minister was called off because of his sudden and unexpected retirement,” Yasay said in a statement posted on his Facebook page.

He was referring to China’s Minister of Commerce Gao Hucheng, who was supposed to arrive here last week to sign 40 joint projects worth billions of dollars.

On Wednesday, Manila was informed that the trip was canceled.

The sudden cancellation, however, happened after Yasay expressed concern over China’s growing militarization in the South China Sea during the Association of Southeast Asian Nations foreign ministers’ retreat in Boracay.

Geng said Yasay’s remarks were not consistent with the healthy and rapidly developing ties between the two countries.

But Yasay, on Saturday, said: “As SFA (secretary of Foreign Affairs), I pursue and serve the paramount best interest of the Philippines and not of China, the US or any other country.”