Yasay: PH-China sea dispute won’t be resolved within our lifetime 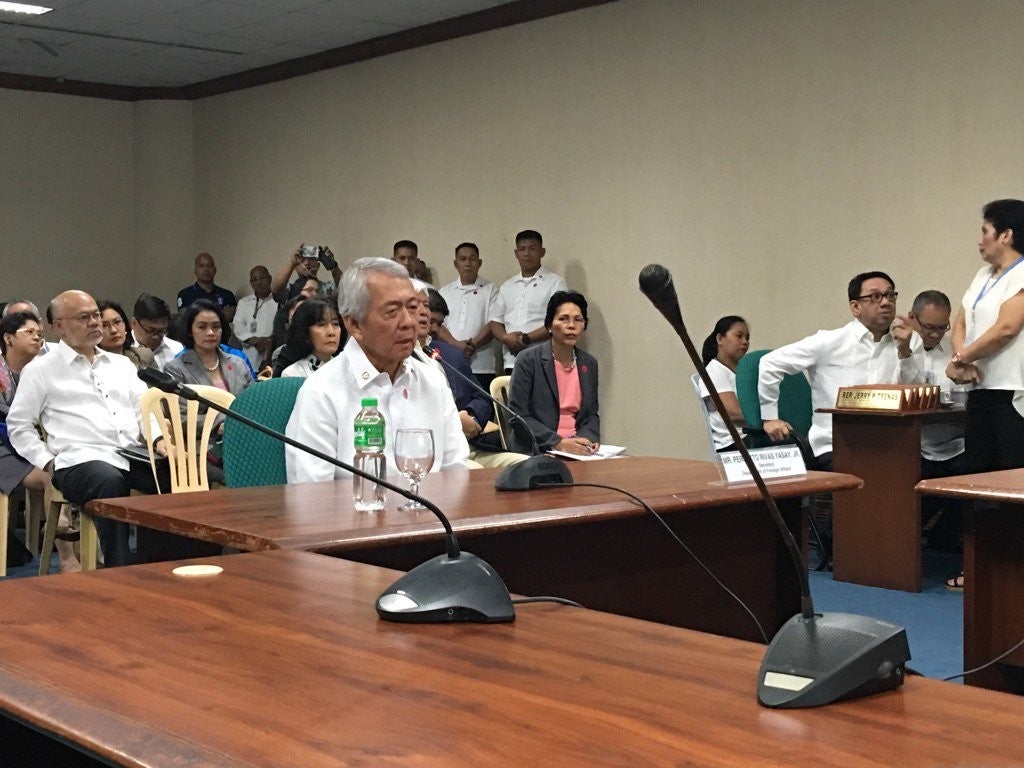 Foreign affairs Secretary Perfecto Yasay Jr. admitted on Wednesday that the country’s territorial disputes with China may not be resolved anytime soon or even during “our lifetime.”

Yasay made the remark when asked during his confirmation hearing at the Commission on Appointments’ committee on foreign affairs how he thinks the conflict could be resolved under the President Rodrigo Duterte’s administration.

“I don’t believe personally, your honor, mister chair, that this will be resolved soon. I believe that maybe perhaps it will not be resolved even during our lifetime,” the country’s top diplomat said, responding to Iloilo City Representative Jerry Treñas’ question.

“But the option is not war, the option is not to engage ourselves in forcibly enforcing our claims in this respect so I feel that the tact under the legal and diplomatic processes available to us is to set to this aside. Maybe perhaps the future generation will probably be able to find a solution to this dispute,” he said.

Yasay noted that even in other parts of the world, there were many international territorial disputes that remained unresolved up to now.

“But what we’re really trying to be concerned about is that during the watch of the Duterte administration, we are obligated under the law to carry out an independent foreign policy making sure that its anchored upon the paramount national interests of our country and we feel very strongly that it’s not in our national interest to engage China in this war by forcing ourselves into a resolution by violence or force in so far as this is issue concerned,” he said.

“That’s why we’re pursuing the other aspects of our relationship to make sure that because of the convergence of our interests, we will maximize the mutual benefits to both countries,” he added.

While he personally believes that the West Philippine Sea belongs to Filipinos, Yasay clarified that the Philippines did not “categorically” claim ownership of it in the case it filed against China before the UN Arbitral Tribunal.