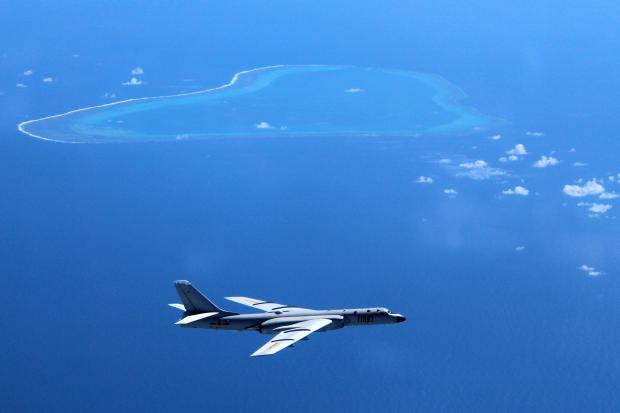 TOKYO, Japan — Whether a Code of Conduct on the South China Sea being eyed by the Association of Southeast Asian Nations (Asean) with China would stick or not, having one would be better for all claimant-countries.

Japan is similarly in a dispute with China and Taiwan over territory in the East China Sea and officials here urged the Philippines, which won last year a favorable arbitral ruling from the international court of justice in The Hague, to follow their example in avoiding conflict.

According to an expert on international relations at the University of Tokyo, while distrust is high for China among Southeast Asian countries, it is still better to have an existing Code of Conduct in the disputed territory.

Wher it would have any effect, Takahara Akio said, “Hopefully.”

The Philippines as chairman of the Asean in 2017 vowed to push for completing with China a Code of Conduct and have at least a framework on the South China Sea within the year.

The University of Tokyo professor further said, “The Chinese have said always many nice words but implementation is different. In three or four years time, if they can implement or not depends on many things including Southeast Asian solidarity, US (United States) policy.”

On the Philippines actions toward China, Takahara told the Philippine Daily Inquirer, the Duterte administration’s dealings with China pertaining to the territorial dispute on the South China Sea has been on the right track.

However, he pointed out, the Philippine President should also make it clear to the Chinese that Filipinos have always had a high regard for international law.

He added, “Once it comes to action, for instance if China moves to do anything. I believe the Filipinos and the Filipino president will also do their best to stop it.”

Meanwhile, an official of Japan’s Ministry of Foreign Affairs (MOFA), who spoke on condition of anonymity, said that while Japan has not been directly concerned with the South China Sea, the disputed territory has always been a sea route for Japanese commercial ships as well as vessels from other countries including China and South Korea.

“The stability of this area is very important for economic development,” he said, adding that the construction by the Chinese of military installations including airports on Subi or Zamora Reef, Fiery Cross or Kagitingan Reef and Mischief or Panganiban Reef, has caused apprehension.

But, he pointed out, after The Hague ruling, Chinese movement in the area has slowed down and the Philippines’ renewal of diplomatic ties has basically calmed military activity.

Even then, the MOFA official said, the situation in the South China Sea has not changed in the absence of direct talks about the disputed territory between China and the Philippines.

“There are many countries supporting the Philippine side but in the bilateral context, they (the Philippines) are alone. We encourage the Philippine government to look at our experience in Senkaku. What is happening in Senkaku is very similar to the South China Sea,” he said.

He was referring to the Senkaku Islands on the East China Sea, a part of Ishigaki City in Okinawa Prefecture. China and Taiwan have been claiming territorial sovereignty on the Senkakus since 1971 after the United Nations Economic Commission for Asia and the Far East reported the possibility of oil reserves in the area.

Japan and China have since been in dialogue and have come up with several agreements on fishing activities; mutual prior notification of marine scientific research; cooperation in the East China Sea; and resources development in the area.

Japan, the MOFA official assured, has been and would continue to support the Philippines, Vietnam, Indonesia and other Southeast Asian countries to strengthen their coast guard capability in the South China Sea, including operations against illegal fishing activities in the area.

While the Mofa is inclined to stay the diplomatic course, Takahara voiced concern over the growing rate of intrusions by Chinese vessels, fishing boats escorted by coastguard ships, into Japanese territory.

“As a China expert, I am worried because I know there are adventurists in China and President Xi Jinping is prone to act…I know that nationalistic sentiments are rather high in China,” the Tokyo University professor said, citing exaggerated reports in China on Japanese military movements.

“In my personal judgment, the Japanese government has been handling it (the Senkakus issue) in a very calm and prudent way,” Takahara pointed out, referring to avoiding actions that could unnecessarily stir nationalist sentiments in China.

“No country will back down in the claim on sovereignty and both sides (Japan and China) knew it. They know that even today the solution then and now is not to touch the issue because there are only two solutions to the issue: to wage war; and go to the International Court of Justice,” he explained, adding that the Chinese as a policy would move “when they think diplomatically, militarily, politically, economically it is doable.”

“If the Philippines shows that it is lowering its guard and if the US shows signs that it is going to let things happen, China will construct another artificial island on Scarborough Shoal.  That is not happening now and, therefore, the Chinese are not moving.” he pointed out.

Takahara further observed that China would like to establish control over the South China Sea and the East China Sea.  “China is waiting for the time. If possible they would like to win without fighting so they are increasing their presence bit by bit and overwhelm the others (countries).”

He noted that generally China has been thinking realistically and practically, where war would be easy to start but difficult to stop. Conflict could be easily triggered by a Chinese miscalculation or an accident on the East China Sea, which could escalate.

Takahara proposed the establishment of maritime and air communications mechanisms to avoid such accidents  as well as discussions on crisis management “because neither side wants war.”  SFM