Ex-president of Colombia an idiot – Duterte 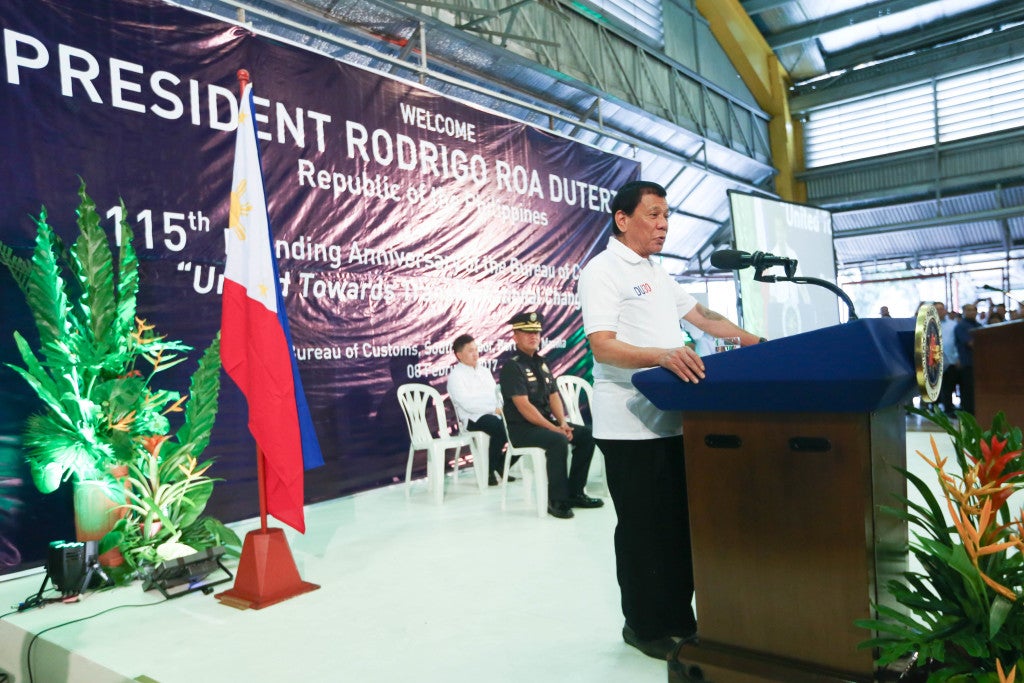 President Rodrigo Roa Duterte lauds the Bureau of Customs (BOC) for its continuing anti-corruption drive in his keynote address during the 115th Anniversary celebration of BOC at the Port of Manila on February 9, 2017. SIMEON CELI JR./Presidential Photo

President Duterte on Wednesday called former President César Gaviria of Colombia an “idiot” for telling him that the war on drugs could not be won by the police and the military alone.

“Colombia has been lecturing me, that idiot,” Mr. Duterte said in a speech at the 115th anniversary of the Bureau of Customs, referring to Gaviria’s advice to him that was published in the international edition of The New York Times.

Gaviria wrote that essentially, a war on drugs is a war on people and that military hardware, repressive policing and bigger prisons were not the answer to the drug menace.

“The Philippine President rightly understood the same insight when he began to address not just crime and illegal drugs but also broadened government efforts into a public health issue,” he said.

He said he wanted to adopt some of Colombia’s narcoterrorism measures for the Philippines’ own war on drugs. —WITH A REPORT FROM INQUIRER RESEARCH