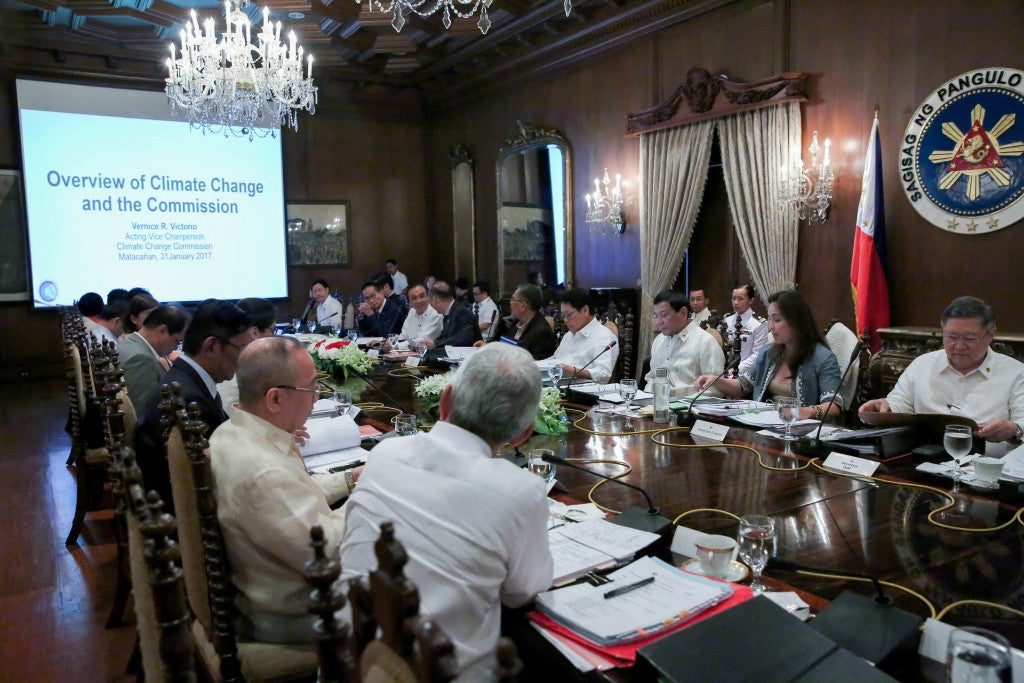 President Rodrigo Duterte is expected to sign a document signifying the Philippines’ accession to the Paris climate change agreement after attending a meeting with the Climate Change Commission (CCC) and some Cabinet members.

Climate Change Commissioner Emmanuel De Guzman told media that the certificates of concurrence (COCs) for the Paris Agreement have already been completed.

De Guzman said that during the joint CCC en banc and advisory board meeting, Foreign Affairs Secretary Perfecto Yasay signed the last COC and submitted to the President the Instrument of Accession document for approval and signing.

Once signed by Duterte, the document will be transmitted to the Senate for concurrence.

De Guzman called it “a step closer to ratification” of the Paris Agreement.

“This is an important development towards the country’s joining the climate change accord and the early delivery of its benefits to our Filipino people through climate finance, capacity building, technology and knowledge transfer for climate change adaptation and mitigation, as we pursue climate justice,” he said.

The President previously said that he would not sign the Paris Agreement, which seeks to address climate change and cap greenhouse gas emissions, because it was not clear how small countries could access the common fund.

READ: Duterte to pull PH out of climate deal over lack of access to common fund

He also initially said that it might stunt the country’s economic growth. However, he later agreed to it after his Cabinet members unanimously voted for its ratification.

National Economic and Development Authority (Neda) Director General Ernesto Pernia, who was present at the meeting on Tuesday, said Duterte asked his Cabinet members to comment on why it was important for the Philippines to join the Paris agreement.

“Nobody objected. We were all in favor of ratification,” Pernia said.

The Neda head said they discussed the country’s access to the climate fund. “My comment was that, whether or not we get access to a climate fund, we will not lose anything by being a member,” he said. “We might as well not want to be left out.”

Duterte left before the meeting ended to attend the oathtaking of Armed Forces of the Philippines (AFP) officials and asked Senator Loren Legarda to take over as chair.

De Guzman, on the other hand, said there was “no such expressed worry” on the part of the President.

The Philippines was among the countries that pushed for the approval of the Paris Agreement and the inclusion of provisions beneficial to climate vulnerable countries during the 2015 climate change negotiations in France. CBB 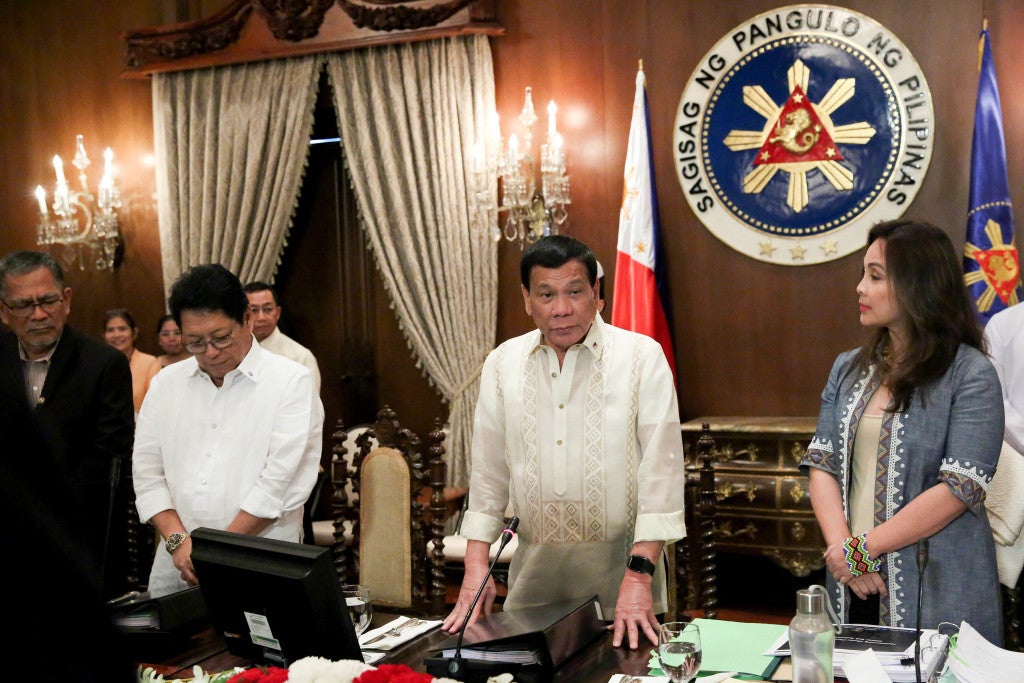