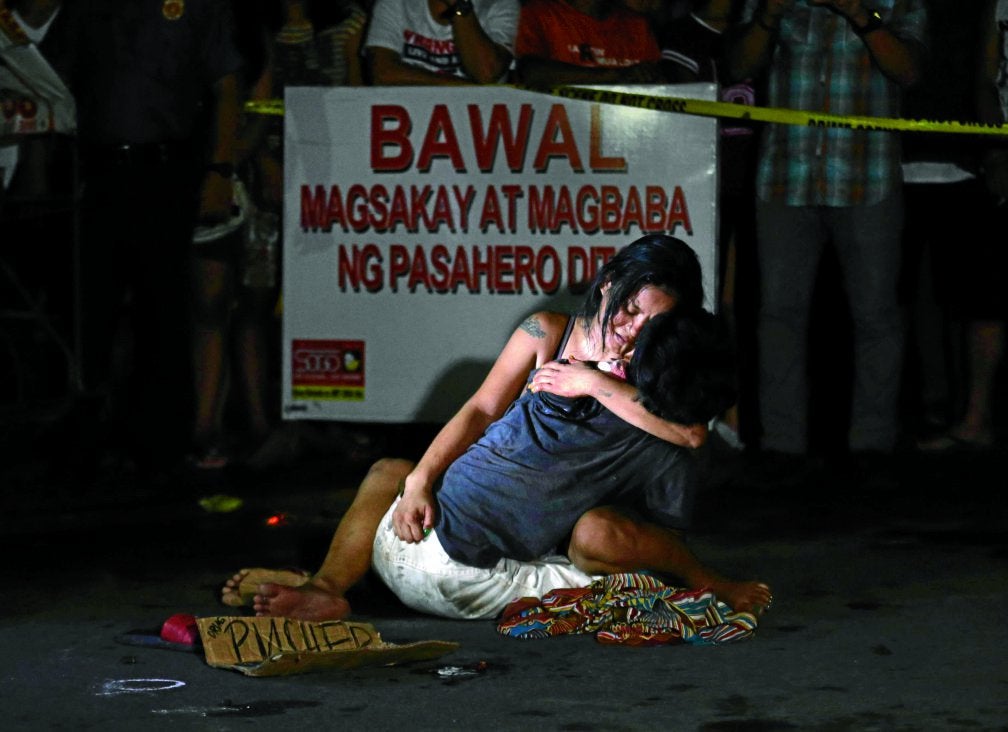 Amnesty International said on Wednesday, Feb. 1, 2017, that the government of President Rodrigo Duterte ordered or paid killers in a wave of ‘extrajudicial executions’ in the country. RAFFY LERMA / PHILIPPINE DAILY INQUIRER

Amnesty International (AI) accused the administration of President Rodrigo Duterte on Wednesday of ordering the police and paying others “to kill thousands of alleged drug offenders in a wave of extrajudicial executions” after the group investigated some killings in the government’s bloody war on drugs.

The killings “may amount to crimes against humanity,” said AI in a report titled “If you are poor you are killed” : Extrajudicial Executions in the Philippine’s “War on Drugs”.

The report said the police “systematically targeted mostly poor and defenseless people across the country while planting ‘evidence’, recruiting paid killers, stealing from the people they kill and fabricating official incident reports.”

“This is not a war on drugs, but a war on the poor. Often on the flimsiest of evidence, people accused of using or selling drugs are being killed for cash in an economy of murder,” said Tirana Hassan, Amnesty International’s Crisis Response Director.

Another 4,500 killings have been classified as “deaths under investigation” which the PNP has blamed on drug syndicates’ “internal cleansing” and on vigilante groups.

“Under President Duterte’s rule, the national police are breaking laws they are supposed to uphold while profiting from the murder of impoverished people the government was supposed to be uplift. The same streets Duterte vowed to rid of crime are now filled with bodies of people illegally killed by his own police,” the AI report said.

AI’s investigation, details 33 cases wherein 59 people were killed. It said it interviewed 110 individuals across the country and looked into documents that included police reports.

In one instance, the wife of an alleged drug offender said her husband was pleading for mercy when police shot him at “close range” inside their house in Batangas City. The policemen then allegedly dragged her outside and beat her up.

READ: 8 of 10 Filipinos fear getting killed in drug war

Meanwhile, a police officer reportedly told AI that they were “paid by the encounter” where drug suspects were killed.

“We always get paid by the encounter … The amount ranges from P8,000 pesos to P15,000 pesos,” AI quoted the policeman, a member of the force for 10 years and who reportedly had the rank of Senior Police Officer 1.

The policeman alleged that they were “secretly” paid in cash “per head” by “headquarters.”

“If the operation is against four people, that’s P32,000,” the policeman reportedly claimed.

“There’s no incentive for arresting. We’re not paid anything,” AI quoted the policeman as saying. CBB

Duterte: Mayors into drugs will die

Read Next
Amnesty warns of crimes against humanity in Philippines
EDITORS' PICK
Smart poised to turn PH into ‘Smart 5G country’ with nationwide rollout
Full operation of more sectors, businesses pressed to spur economy
New Vatican ambassador to PH named
Water remains our saving grace right now
We don’t want gov’t to fail, because it’s all of us who will suffer and die — Robredo
Get 80% OFF Ignite 2020 Cyber Tickets starting 28 September
MOST READ
Fernandez: Velasco camp ‘betrayal’ pushes call to retain Cayetano as Speaker
Mayor Treñas tells Locsin: Iloilo City is much better than what you think
Duterte not keen on extending term — Palace
Palace: Some cities in Metro Manila eligible for MGCQ
Don't miss out on the latest news and information.