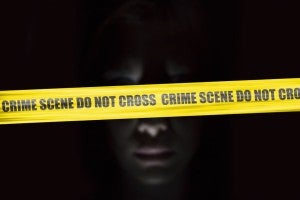 Bello ordered Kuwait Labor Attaché Angelita Narvaez to closely monitor the case of Amy Capulong Santiago, who succumbed to suspected beatings when brought to the Farwaniya Hospital at around 10 p.m. on January 25.

“I am truly disheartened that such tragedies happen. I assure the family of Santiago that we will provide all the necessary assistance they need,” Bello said in a statement.

According to reports from the Assistance to Nationals Unit (ATNU) of the Philippine Embassy in Kuwait, records of the Abdullah Al Mubarak Police Directorate General of Criminal Evidence showed old and fresh bruises on various parts of Santiago’s body, mostly on her back.

The remains of the victim were referred to the Forensic Department on January 26 for further investigation to determine the cause of her death.

Meanwhile, police authorities arrested Santiago’s male employer while his wife surrendered at the Abdullah Al Mubarak Police station. The two are now detained and under investigation by the Kuwaiti police authorities to determine whether there was foul play in the death of Santiago.

Bello said the Philippine Embassy and the Philippine Overseas Labor Office (POLO) in Kuwait have been instructed to provide legal assistance to the family of Santiago in Concepcion, Tarlac to obtain justice for her death.

Bello also directed the Overseas Workers Welfare Administration (OWWA) to extend the necessary assistance to Santiago’s family, especially the provision of benefits due their departed kin.

He said Santiago’s family has been informed of the possible benefit they would get, including a P200,000 death insurance and the burial assistance of P20,000. He added that Santiago’s dependents would be provided with educational benefits and livelihood assistance. He said the next of kin were already notified that repatriation expenses would be shouldered by OWWA.  SFM