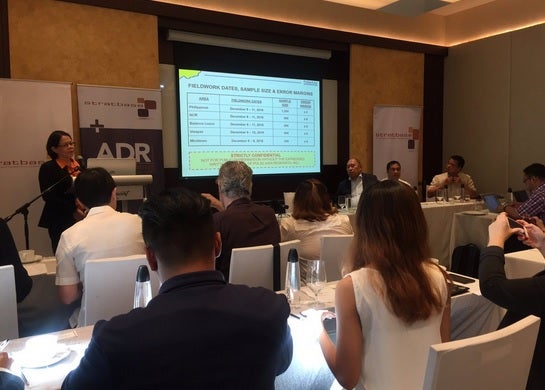 Eight in 10 Filipinos believe that the government should assert its claim on West Philippines Sea, according to a Pulse Asia survey.

The survey, conducted from December 6 to 11 among 1,200 respondents, showed that 84 percent of its respondents agree. Of that segment, 44 percent said they “very much agree” with the statement “The Philippine government should assert its right on the West Philippine Sea as stipulated on the decision of the Permanent Court of Arbitration.”

Only three percent said they disagree while 12 percent were ambivalent (may agree or disagree).

The statement is among a set of questions commissioned by private think tank Stratbase ADR Institute (ADRI) and presented to media on Friday at Fairmont Hotel in Makati.

Dindo Manhit, president of ADRI, said they believe that “public views can help guide us in promoting a foreign policy that best represents the Filipino interest.” 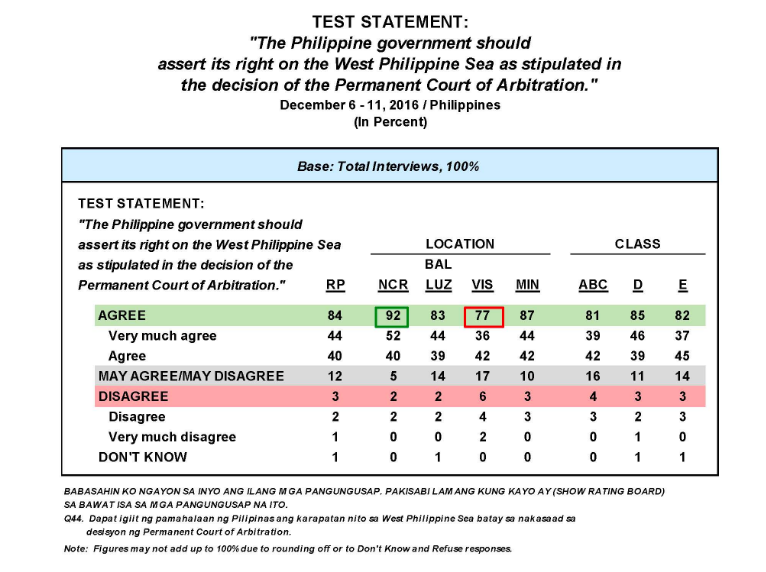 The West Philippine Sea question also showed that agreement at the National Capital Region was higher (at 92 percent) than in Mindanao (87 percent), Luzon (83 percent), and the Visayas (77 percent).

Pulse Asia earlier released the awareness and trust ratings of countries and organizations dealing with the Philippines. The United States, Japan and the United Nations enjoyed high trust ratings compared to China and Russia.

Recently released slides showed that 56 percent of those who trust the US agree that the Philippines should fight for its claim in West Philippine Sea. The same pattern was seen in those who trust Japan, with 61 percent saying they agree with the statement.

Meanwhile, Ana Tabunda, Pulse Asia’s Director for Research, said agreement is “not that high” for the following statement: “The Philippines should explore security/defense cooperation with China and Russia than in the United States.”

Only 47 percent agree. Eighteen percent said they disagree while 34 percent were unsure (may agree/disagree).

Tabunda noted that majority of respondents from Mindanao expressed agreement (57 percent). She said it captured the support of the Mindanaoans for President Rodrigo Duterte on the issue.

“Those who say they do not trust China, there’s less of them saying we very much agree that Philippines should explore security defense cooperation with China,” she said. 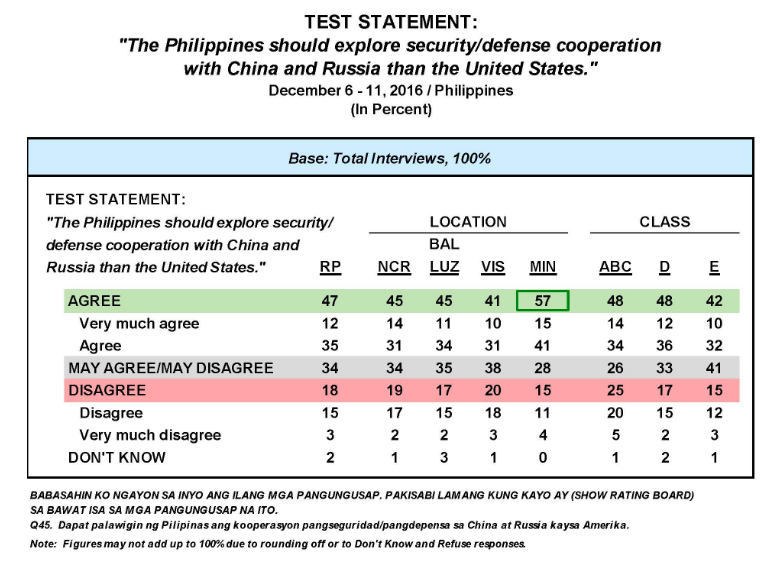 US beneficial to PH

The third statement included in the survey showed that more Filipinos from Metro Manila (55 percent) agree that “Security/defense relations with the US have been beneficial to the Philippines.”

It is higher than the national average of 47 percent. Half of Luzon respondents agree while only 43 percent and 41 percent agree from Mindanao and Visayas, respectively. CDG 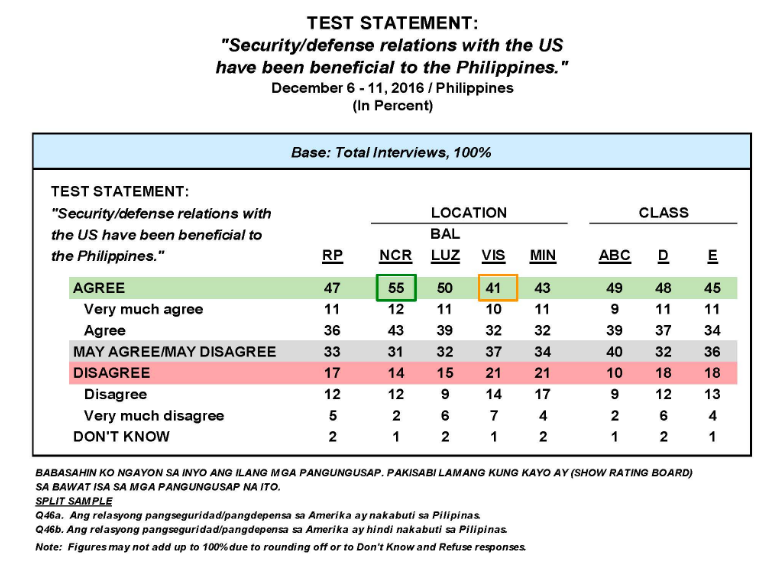