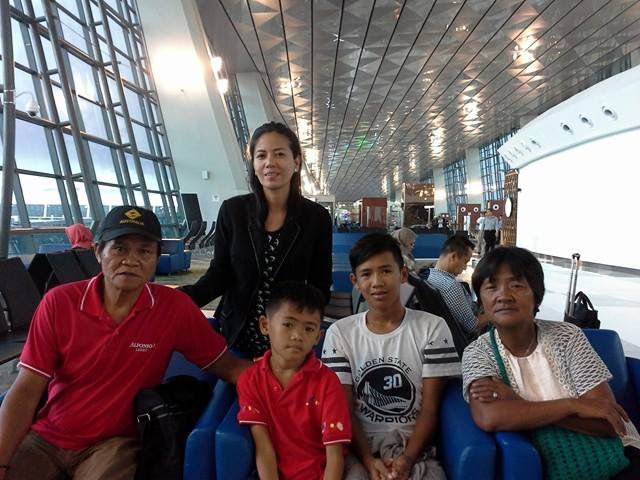 With high hopes that their loved one would be freed soon and spared from execution, the family of Filipino drug convict Mary Jane Veloso paid a visit to her last week at the Wirongunan Lembaga prison in Jogjakarta, Indonesia to celebrate her 32nd birthday.

In a statement, Migrante International said Veloso’s parents Cesar and Celia and her two children, Mark Daniel and Mark Darren, flew to Indonesia last Thursday for a four-day visit coordinated by the group, the Department of Foreign Affairs, and Philippine Embassy officials. Mark Daniel was only one year old while Mark Darren was three months old when Mary Jane was arrested in 2010.

“It was a happy reunion for Mary Jane and her family who last saw each other in January 2016. The children clung to their mother making up for all the time that they were separated from their mother not wanting the moment to end,” Migrante said. 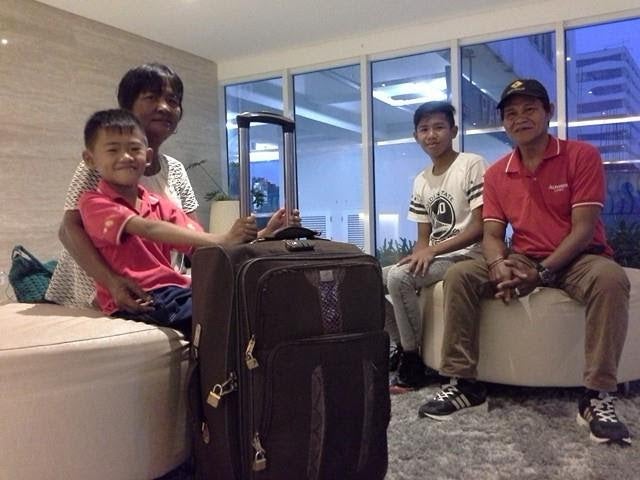 Migrante said Mark Darren rendered a song for her mother, and Mary Jane also delivered a translated version of “Hatiku Perkaya” or “My Heart Believes” and the Philippine National Anthem. The visit ended at around 11:30 a.m. with a closing prayer.

“She (Mary Jane) was asked to read the gospel taken from John 15: 4-7, and gave a brief reflection. She said the message of the gospel reading gave her hope and inspiration. She also led in reciting the Lord ’s Prayer and the Rosary. While she still can converse in Filipino, she is now much fluent in Bahasa,” the group said.

“As she bade goodbye to her family, she wished that she can soon enjoy their company outside the prison walls and without prison guards hovering around them. She longingly told her expectant children that she is praying hard for her to come home by December to celebrate Christmas with them,” Migrante added.

Veloso was spared the firing squad in April 2015 after her alleged trafficker surfaced back home and admitted duping her into smuggling drugs.

In September last year, Indonesian President Joko Widodo said President Rodrigo Duterte gave the “go ahead” for Veloso’s execution, during the Philippine leader’s working visit to Jakarta. Duterte said he told Widodo that “we will respect the judgment of your courts,” but added that “it would have been a bad taste in the mouth to be talking about having a strong posture against drugs, and here you are begging for something.” JE/rga