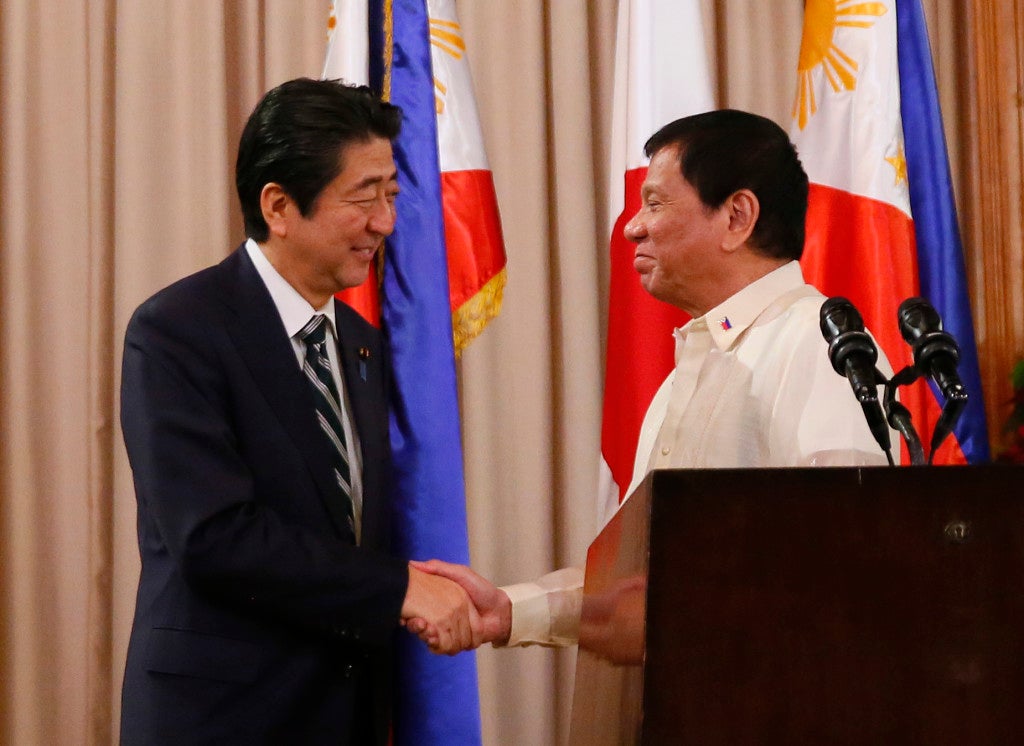 MANILA — Japan and the Philippines are like family, according to Prime Minister Shinzo Abe as he extolled the close ties between Philippines and Japan.

Abe, in his toast at the state banquet in Malacañang on Thursday, said he was “extremely delighted” to forge a deepening friendship with Mr. Duterte.

“The relationship between Japan and the Philippines is deep, warm and brotherly or family-like relationship,” he said.

He thanked Mr. Duterte for using his own money when he was Davao City Mayor to build a monument honoring Philippine-Japan ties.

“The monument of no regret has a plaque inscribed with a Japanese message of Mr. President. In English, it says: Every human being is my brother, my sister and my child,” he said.

“And I would like to take this opportunity to express my heartfelt appreciation for President Duterte’s heartfelt gesture of welcoming our Japanese people as family members here in the Philippines,” he added.

Abe expressed hope, not just for stronger economic ties, but also for expanded cultural and people-to-people exchanges between the two countries.

He said he and his delegation that included 24 Japanese leaders from prominent corporations were looking forward to visiting Davao.

“Everyone loves the Philippines and I do hope that my visit this time will pave the way for further expansion of a bilateral relationship not only in economic context but also in the areas of cultural and people-to-people exchanges,” he said.

The meeting was robust even if no alcohol was served, he noted, and added that it was probably due to the food he served.

“On that occasion, there was nothing and I did not serve alcoholic drinks but still, we had such an active dialogue and discussion and I am confident that it was only possible because President Duterte was mesmerized by the Japanese cuisine Washoku that I prepared for him,” he said, drawing chuckles from the crowd.  SFM