FDI inflows dropped 14% after Duterte ‘split’ from US 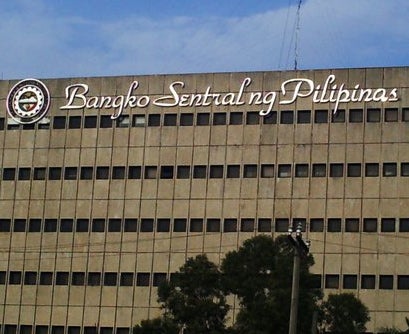 MANILA — On the month that President Duterte announced an economic separation with the US, a long-time economic and political ally, the net inflow of job-generating foreign direct investment dropped to a four-month low of $342 million, even as year-to-date FDI remained over a fifth higher than in 2015.

The latest Bangko Sentral ng Pilipinas data released Tuesday showed that net FDI inflows in October 2016 were down 14.3 percent from $399 million during the same month in the previous year as well as lower than September’s $469 million.

To recall, President Duterte on Oct. 20 announced in an investment conference in Beijing his decision to leave the US sphere of influence. “In this venue, I announce my separation from the United States, both in military … not in the social … both in military [and] economics,” Duterte said.

Despite the year-on-year as well as month-on-month drop last October, the BSP said in a statement that “investment inflows continued amid investors’ confidence in the resilience of the economy, backed by sound macroeconomic fundamentals.”

The October FDI figure was the lowest since July’s $503 million.

During the first four months of the Duterte administration, FDI inflows totaled $2.025 billion, also lower than the $2.938-billion foreign investments that entered the country from July to October 2015.

But during the first 10 months of last year, it was in June—the Aquino administration’s final month in office, marking a transition to the new government—that the smallest monthly amount of net FDI inflows was recorded, at $238 million

The year-to-date figure already exceeded the $5.8-billion FDI for the entire 2015.

From January to October, “nearly two-thirds of FDI net inflows were in the form of availments of debt instruments by local affiliates (intercompany borrowings) which increased by 34.9 percent to $3.9 billion from $2.9 billion the previous year,” the BSP said.

“Net equity capital, accounting for 27 percent of FDI net inflows during the [10-month] period, grew by 9.3 percent to $1.7 billion,” the BSP added.

Total reinvestment of earnings during the 10-month period, however, fell 5.2 percent to $637 million from $605 million a year ago.

In October alone, foreign investments in debt instruments or intercompany borrowings to fund existing operations as well as business expansion, which account for the bulk of FDI, declined 20.3 percent to $225 million from $282 million a year ago.

According to the BSP, the top sources of equity capital that month were Cayman Islands, Germany, the Netherlands, Taiwan and the US.

In terms of sectors, the largest equity capital placements in October were infused into accommodation and food service activities, construction, financial and insurance, manufacturing, and real estate.