Duterte to drug war critics, UN: You do not reprimand me in public | Global News
Close
menu
search

Duterte to drug war critics, UN: You do not reprimand me in public 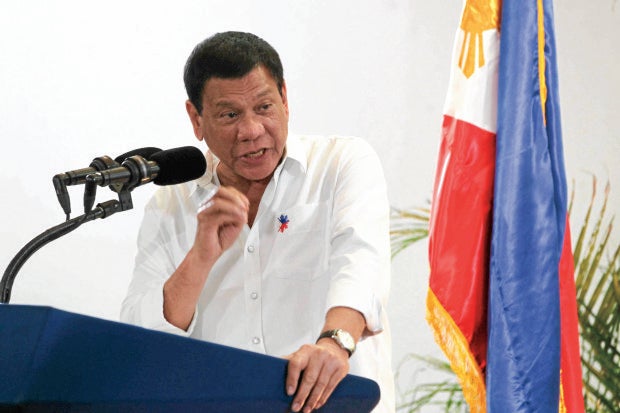 President Rodrigo Duterte on Monday cursed his critics in the international community, saying that such “nitpicking” trivializes the serious problem of drugs in the Philippines.

“They have been at it for so long a time. Why bug me with so many investigations after investigation?” Duterte said during a speech in Malacañang.

“I do not care if you are (US President Barack) Obama or Ban Ki-Moon. Isa ka pa,” he said, referring to the former secretary general of the United Nations (UN).

“You just don’t reprimand me in public for something as serious as a problem,” he said.

“Now I am being investigated by the (UN) rapporteur,” Duterte said before cursing.

He did not mention the name of the rapporteur but he is most likely referring to Agnes Callamard, UN Special Rapporteur on summary executions.

Callamard earlier made headlines after she got into a conflict with Malacañang.

Duterte also said Obama was just “nitpicking” when the US government emphasized the protection of human rights amid the anti-drug campaign in the Philippines, which has resulted in the deaths of more than 6,000 people.
READ: Duterte to Obama: Go to hell!

“Four million slaves, thrown to slavery, drugs. And you trivialize the whole thing. Why there are 1,000 2,000? Paabutin mo na ng 50 mil (50,000),” he said. At that time, the number of people killed in police operations numbered in the few thousands.

“We have a serious problem here,” he said of the proliferation of the illegal drug trade.

“The one thing I hate when it comes to shabu, and I am really angry, is they enslave our countrymen,” he said.

Duterte had cursed and criticized both Obama and Ban Ki-Moon in the past amid outcry from the international community.

He also mentioned how he was investigated when he was still mayor of Davao City.

“I was investigated by the Ombudsman, together with the police,” he said. “Then the rapporteur Philip Alston of the United Nations Commission on Human Rights went to Davao.”

Duterte claimed that he lectured Alston. “I have reason also to talk back at you,” he said.

“And then nothing. Then (Leila) De Lima (became chair of the commission on) human rights. He repeated (the investigation) and found out nothing. She became Secretary of Justice, still nothing.” JE