Duterte to move vs China if it siphons out sea resources 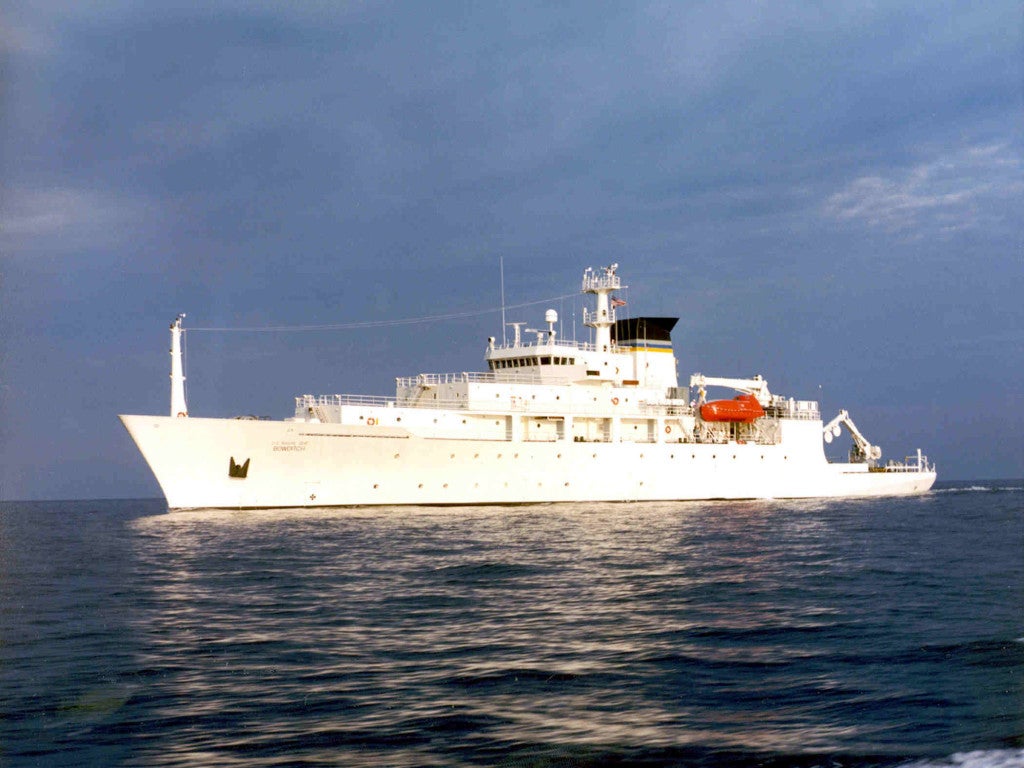 In this undated file photo released by the U.S. Navy Visual News Service, the USNS Bowditch, a T-AGS 60 Class Oceanographic Survey Ship, sails in open water. After China returned an underwater glider it seized from the U.S. Navy off the coast of the Philippines, the Philippine defense secretary said his government would put both Washington and Beijing on notice against what he called their unauthorized presence in the country’s 200-mile exclusive economic zone. (CHINFO, Navy Visual News via AP, File)

MANILA — When China starts siphoning off resources from disputed waters in the South China Sea, that is when President Duterte will bring up the arbitration court ruling and assert the Philippines’ claim over the area.

Mr. Duterte made the statement in a live television interview Thursday, saying that was an issue he could not let pass.

Asked for the specific instance when he would assert the Philippine victory in the arbitral tribunal, Mr. Duterte said: “When the minerals are already being siphoned out.”

He said he would bring up the friendship of the Philippines and China and ask that the two countries discuss the issue.

“Wait a minute, I thought we’re friends. We share economic bounties. How about us? What do you think? Isn’t it better if we talk now?” he said, addressing China.

Just recently, the President said he would set aside the tribunal’s ruling given the politics in Southeast Asia.

The Permanent Court of Arbitration had invalidated Beijing’s claim to nearly the whole of the South China Sea.

As for China’s increasingly aggressive militarization of man-made islands in the South China Sea, Mr. Duterte said the United States should have done something about this.

“If it was really a serious concern, then the United States should lead the way and stop it,” he said.

The US should have taken action from the beginning, he said, before chiding the American think tank that had brought attention to the issue as “useless.”

“Why raise a concern, why raise an issue putting the countries into distress or under stress, when you wouldn’t do anything. You have the arms, you have the tanks. We only have slingshots,” he said.

The US is not claiming any part of the South China Sea but is concerned about free navigation.

Mr. Duterte’s statements came not long after he said he wanted US troops out of the country and threatened to terminate its Visiting Forces Agreement with the Philippines.

On Thursday, he said he was trying to figure out what to do with the VFA.

He said many were angry with him about the issue, including the military.  SFM