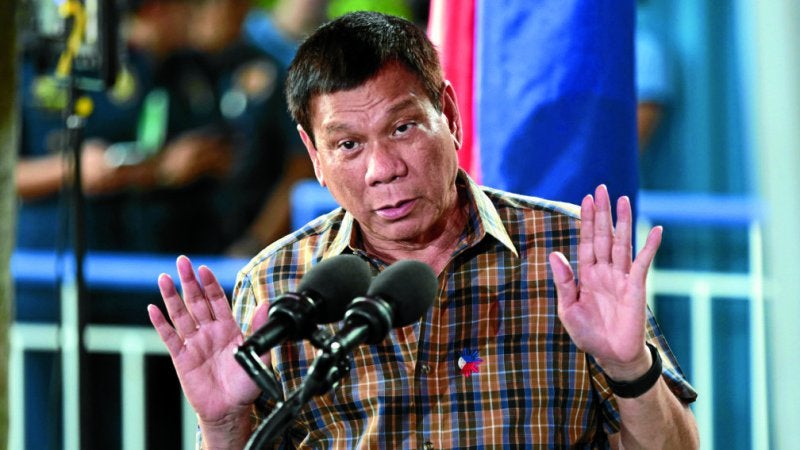 President Duterte yesterday insisted that he wanted to publicly challenge United Nations special rapporteur on extrajudicial killings Agnes Callamard on the findings of her inquiry into the death of drug suspects in the country.

Callamard has asked the government to reconsider its conditions that she be placed under oath and have a debate with the President on her findings if she wants to conduct an inquiry in the Philippines.

According to Callamard, the conditions were contrary to the code of conduct for special rapporteurs and terms of reference for country visits.

She also said she could brief the President in private on her findings, and then they could have a press conference afterward.

Commission on Human Rights chair Chito Gascon also appealed to the President to drop his conditions so Callamard could conduct  the investigation independently.

But Mr. Duterte indicated that he was not amenable to her proposal. He said he wants the chance to refute the special rapporteur in public.

“No. I want it discussed in public, so she can state her case, that this is what you did, then I can refute her,” Mr. Duterte said in Zamboanga yesterday.

He said he plans to ask her where she got that “garbage” about extrajudicial killings.

He also vented his ire on the human rights group Amnesty International for criticizing him for his admission of killing criminals when he was mayor by saying it encouraged mass killings.

He said he had confronted the crime suspects during an encounter, after they fought it out with authorities.