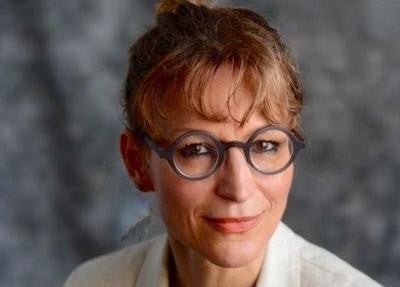 Agnes Callamard, the UN special rapporteur on extrajudicial killings, yesterday urged the Philippine government to reconsider its three conditions for its invitation to her to visit the country to look into the drug-related deaths.

Callamard said the three preconditions—that there be a public debate between her and President Duterte, that he be allowed to ask questions to her and anyone he deems appropriate, and that she first take an oath to confirm her intention to be truthful—were “inconsistent with the Special Rapporteur Code of Conduct and Terms of Reference for country visits.”

The government has canceled Callamard’s visit after she declined the conditions set by the government, including a public debate with the President.

In a statement on her Facebook account, Callamard disclosed that she wrote to the Philippine government on Dec. 15 to explain her position on the government’s preconditions.

“I have highlighted in particular the principles of independence and confidentiality, which should guide my mission, and the necessity of building and maintaining trust with all stakeholders, precluding any public debates,” she said.

She also said the code of conduct for special rapporteurs state that she should not seek or accept any instructions from any government or other actor.

She instead suggested a joint press conference with Mr. Duterte.

“This press briefing would be an opportunity for me to introduce briefly my preliminary findings and for the President to offer his own analysis, reply or rebuttal,” she said.

While this format would exclude any debate, it would “allow the President to make immediately public his initial reactions to my preliminary findings should he so choose, and for me to uphold the principles that must guide my mission,” she said.

Callamard said the government’s acceptance and respect for the Terms of Reference and the Code of Conduct for rapporteurs were vital to the effective implementation of any mission.

“These are essential guarantees which ensure that the mission delivers on its outcomes, to the benefit of all those involved,” she said.

The mounting death toll in the government’s war on drugs which has reached nearly 6,000  has drawn concern from the United Nations, the European Union and the United States.

But Foreign Affairs Secretary Perfecto Yasay told reporters Tuesday night  that if Callamard would not comply with the government’s conditions for her visit, “then the trip would not push through, they will not be able to come here.”

Yasay also demanded an apology for the damage Callamard’s  “irresponsibility” has brought to the Philippines.

He said, should the invitation be canceled, Callamard would have to go through protocols, one of which is officially requesting for a country visit which the Philippines might not be inclined to accept without a proper apology.

UN officials “jumped to conclusions” and rendered a judgment on the situation in the country, he said. “They based their arbitrary decision on media reports,” he added.

Asked if the President would agree to a joint press conference in lieu of Mr. Duterte’s conditions, Yasay said there were certain protocols that must be followed by the UN special rapporteur in validating conditions in a country, particularly in terms of human rights.

“First, she has to apologize about the arbitrary findings she has made. She must withdraw the findings immediately,” he said.

Sen. Leila de Lima yesterday called on the Duterte administration to allow Callamard to proceed with her fact-finding mission.

In a statement, De Lima said the administration “should reconsider its decision to impose inflexible conditions and much less cancel altogether its invitation” for Callamard to investigate the  killings.—WITH A REPORT FROM TARRA QUISMUNDO