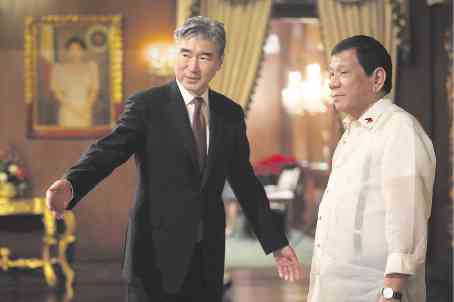 The diplomat also visited the site of the September 2 bombing here, which killed 15 people and wounded 67 others.

“We are also very grateful for his expression of support for our fight against terrorism as he commiserated with the families, the survivors, and the victims of the grisly September 2 bombing in Davao,” Duterte said.

She described the meeting with Kim as “very brief”  but “cordial.”   It “was an opportunity for us to renew our friendly relationship and ties with the United States government and the American people,” Mayor Duterte said.

“We are happy that US Ambassador to the Philippines Sung Kim chose to visit Davao City today, December 14,  only 13 days after arriving in the country,” the mayor said.  SFM