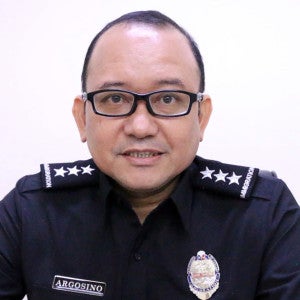 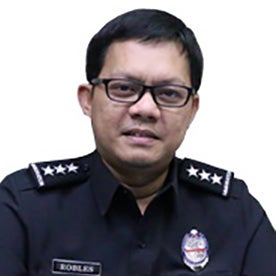 BI Associate Commissioner Michael B. Robles (Photo from the Bureau of Immigration’s official website at www.immigration.gov.ph )

MANILA — The two associate commissioners of the Bureau of Immigration tagged in the P50-million extortion controversy involving foreign gambling tycoon Jack Lam, denied on Tuesday, allegations against them, saying they were conducting “a continuing investigation” of the corruption in the agency.

They claimed that they only had P30 million in their custody, with P2 million going to Sombero as ‘balato’ (goodwill cash) while Calima asked for P18 million supposedly to pay off Inquirer columnist Ramon Tulfo and Sombero.

“We decided to keep all the information in connection with this case,” Argosino said

As proof of their clean intentions, they also filed corruption charges against Lam, Sombero, Calima and the two Chinese interpreters who were at the meeting between Lam and Justice Secretary Vitaliano Aguirre II.

“Mr. President, we are presenting to you the first criminal complaint against Jack Lam, against Wally Sombero, against the two interpreters with the collusion of Gen. Charles Calima. This is our gift to you,” Argosino said.

Asked why it took them so long to come out with their side of the story, he said they opted to delay filing the corruption case and coming out with their explanation as they still did not have enough evidence to pin down Lam for corruption. SFM 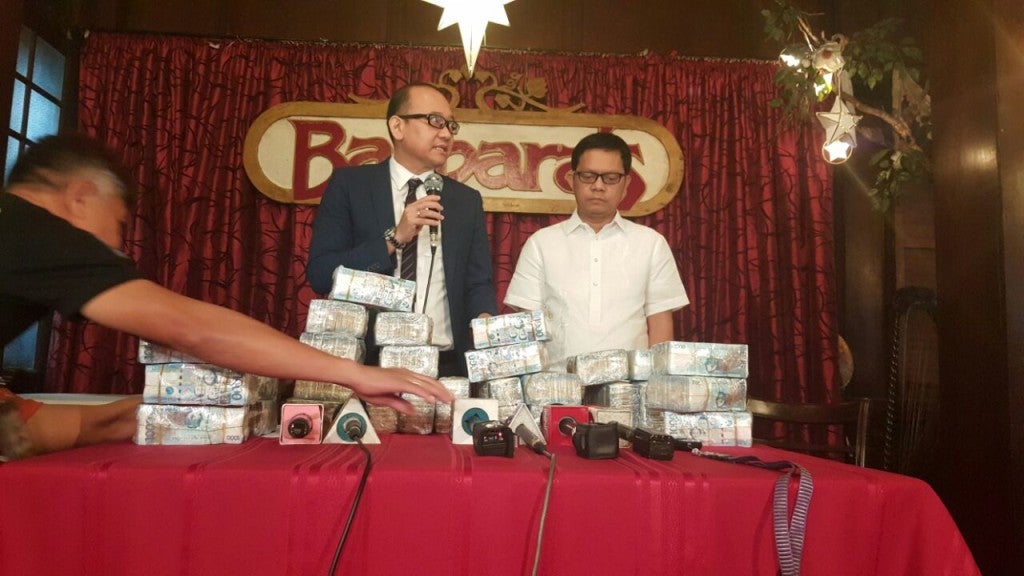 Read Next
Plight of Filipino convicts in Cambodia may not be on Duterte agenda
EDITORS' PICK
House energy committee chair Arroyo bats for cheap electricity
18,529 out of 24,903 pass nursing board exam
The vivo Y16 makes the season of giving more thoughtful for the whole family
The Best Tech Gifts For The 2022 Holidays
Egg prices rise due to bird flu, increased holiday demand | #INQToday
Marcos urges Filipinos to be like Bonifacio: honest, patriotic
MOST READ
Mel Tiangco on co-anchor Mike Enriquez’s condition, ‘rivalry’ with Korina Sanchez
Marcos urges Filipinos to be like Bonifacio: honest, patriotic
Jack Ma living in Japan after China tech crackdown: FT
LOOK: Vina Morales goes to Boracay with mystery man
Don't miss out on the latest news and information.