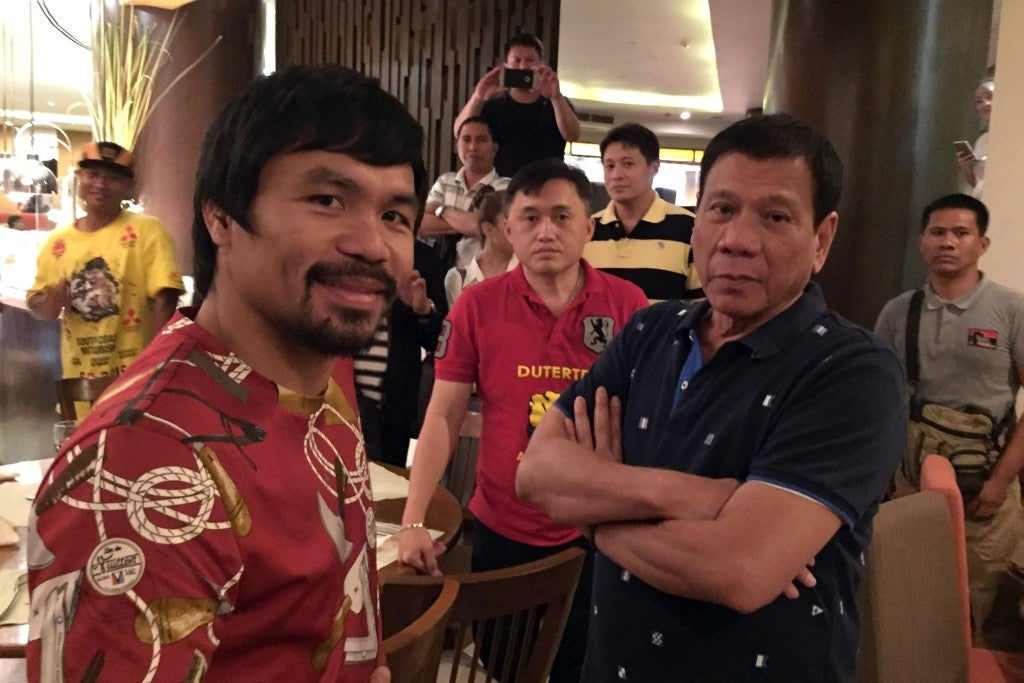 Senator Emmanuel “Manny” Pacquiao will be joining President Rodrigo Duterte’s official delegation to Cambodia and reports said his fans are excited to finally see him.

Duterte — together with Pacquiao, Senator Alan Peter Cayetano and several Cabinet members — will be in Cambodia from Tuesday to Wednesday.

READ: Duterte off to Cambodia today

It will be Pacquiao’s first visit to Cambodia.

On Monday, The Cambodia Daily reported that the country is already making preparations for Pacquiao’s arrival. The news of his arrival was first alluded to by Prime Minister Hun Sen.

Vath Chamroeun, secretary general of the National Olympic Committee of Cambodia, said many Cambodians are “fans and supporters of Pacquiao.

“The presence of Pacquiao in Cambodia will be a huge encouragement to our athletes, because although he is of small stature he became a legendary boxer. He was born in a poor family but strove very hard and achieved huge success,” Chamroeun told The Phnom Penh Post.

The committee is planning to invite Cambodian athletes to meet Pacquiao, depending on the senator’s schedule.

Philippine Ambassador to Cambodia Christopher Montero said Pacquiao is the perfect example of an Asian “making it to the international scene.”

“We would like to highlight the importance of sports as a means to foster people to people exchanges to promote tourism,” he said of Pacquiao’s visit.

Duterte will be visiting both Cambodia’s prime minister and King Norodom Sihamoni during his short trip.

The South China Sea dispute may be discussed, according to the Department of Foreign Affairs, although Cambodia is a known ally of China. JE