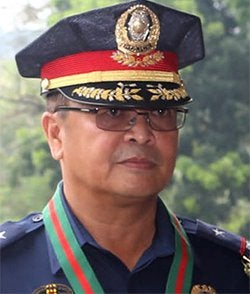 MANILA — Two associate commissioners and an intelligence official of the Bureau of Immigration have been ordered to respond to allegations that they extorted P50 million from a foreign gambling tycoon.

The BI chief said his order was separate from the probe of the National Bureau of Investigation ordered by Justice Secretary Vitaliano Aguirre II.

“We will support this and any other parallel investigation on the matter,” he said.

During the operation, the BI arrested 1,316 Chinese nationals who were charged with overstaying and violating the conditions of their visa.

Tulfo alleged that the BI officials received the huge amount from ex-police official Wally Sombero, in exchange for the release of 600 out of the 1,316 Chinese nationals who didn’t have employment visas.

Sombero is now in the protective custody of the National Bureau of Investigation.

Earlier, Aguirre himself accused Lam of trying to bribe him to release the Chinese nationals, who are now undergoing deportation proceedings before the BI.

Morente maintained that they have been “consistent in adhering to the guidance of President Duterte to upgrade the level of service to all clients and weed out corruption in the bureaucracy.”

“We have taken pains to address all irregularities with impartiality and will continue to take decisive action as needed,” the BI chief assured.  SFM

Read Next
Don’t speculate, Palace says of Trump’s threat vs American BPOs
EDITORS' PICK
House energy committee chair Arroyo bats for cheap electricity
vivo’s coming to town to grant wishes with more holiday promos
Pagasa: Warm, sunny Sunday in most parts of PH
EDITORIAL: To a bike-friendly future
The Best Tech Gifts For The 2022 Holidays
Is it safe to talk politics again at family gatherings? ‘The Reconciliation Dinner’ shows us what that’s like
MOST READ
LOOK: Vhong Navarro transferred to BJMP detention facility in Taguig
The Elephant Man in the Senate
Posh village as ‘shabu’ haven
LOOK: Zanjoe Marudo bonds with Ria Atayde, her family
Don't miss out on the latest news and information.