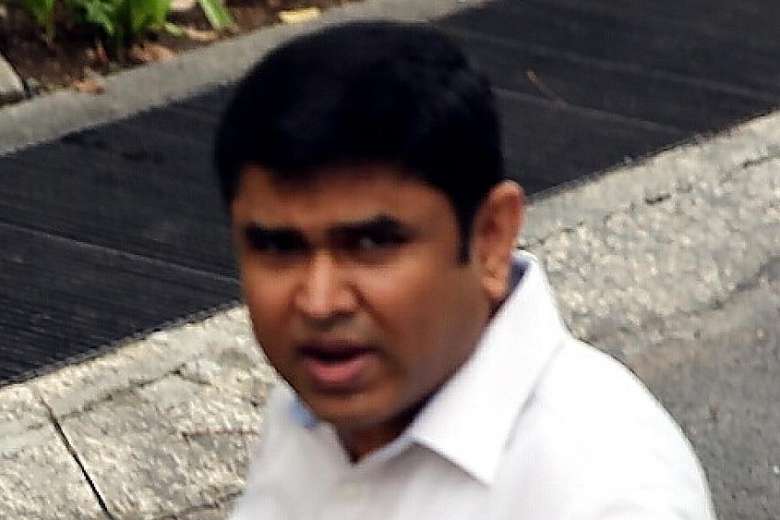 Indian national Nitin Jaiswal had claimed trial to using criminal force on his maid by kissing her on the lips and touching her breast at Casuarina Cove condominium in Tanjong Rhu Road on Feb 18 last year. STRAITS TIMES PHOTO: WONG KWAI CHOW

SINGAPORE – A senior executive with Bloomberg was acquitted Friday of molesting his former Filipina maid after an 11-day trial.

Indian national Nitin Jaiswal, 44, had claimed trial to using criminal force on his 43-year-old domestic worker by kissing her on the lips and touching her breast at Casuarina Cove condominium in Tanjong Rhu Road at about 8 a.m. on Feb 18 last year.

District Judge Salina Ishak said there were inconsistencies and gaps in the cases put forth by both the prosecution and defense.

But in clearing Jaiswal of the charge, she said she was not satisfied the prosecution had proven its case beyond a reasonable doubt.

“While I am not fully convinced that the accused was wholly truthful… what matters is that ample doubt, which has crossed the threshold of ‘reasonable doubt’, has been raised,” she added.

The judge said she did not find the victim’s evidence “unusually convincing” in view of inconsistencies in her testimony.

The court heard that Jaiswal had returned to Singapore from Mumbai, India, on Feb 18. He was due to fly off to Melbourne, Australia, the same day to join his wife and two children.

He took a taxi home. The maid, who had been working for the family for three years, was alone. She served him tea in the living room.

The maid alleged that Jaiswal molested her after she gave him a massage. She told a neighbor about the incident before Jaiswal returned home with his family from Australia, and also told s Jaiswal one day after the family returned home on Feb 24 that year.

The maid left the apartment three days later with her work permit and her passport while the family was not at home. She lodged a police report on Feb 28, stating that she was molested on Feb 19.

The defense case was one of bare denial and that the maid, motivated by money, had made false allegations against Jaiswal.

She had owed s Jaiswal the advance salary of $1,100 she received before the family left for Australia and she had planned to extract more money from him with this allegation, said the defense.

The prosecution submitted that the victim was a forthright and candid witness who gave a consistent account of the massage and molestation, and maintained it under cross-examination, and that, unlike the victim, the regional head of sales’ evidence was evasive and inconsistent.

Jaiswal said through his lawyer Christopher de Souza that he and his family were fully vindicated.