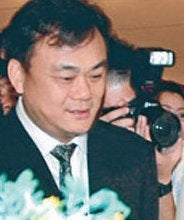 In an interview in Camp Aguinaldo where he attended the change of command ceremonies of the Armed Forces of the Philippines on Wednesday, Dela Rosa said Lam has expressed willingness to return to the country and face the charges against him.

Dela Rosa refused to give details of the surrender feelers and stressed that President Duterte’s order to arrest Lam remained as of Wednesday.

He said Lam was “probably in Macao” and that the Philippine government could not request the International Police (Interpol) to get him without a valid warrant of arrest.

The government has cancelled Lam’s investor’s visa after an angry President Duterte ordered his arrest for economic sabotage following the arrest of more than a thousand undocumented Chinese who were working in Lam’s gaming facilities in Fontana  in Clark Field, Pampanga and Fort Ilocandia in Ilocos Norte. The facilities have been closed by the government after Lam left the country unnoticed.