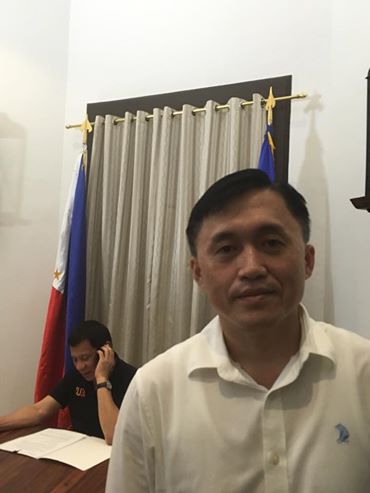 Go said Duterte and Trump had a “very engaging and animated phone conversation.”

In a photo shared on Go’s official Facebook account, Duterte was seen sitting on a table reading some papers while talking to Trump.

The two leaders talked over the phone at exactly 10:30 p.m. (Philippine time), Go said. The conversation lasted for seven minutes and 20 seconds.

READ: Palace: Duterte to speak with Trump over phone

He said Trump invited Duterte to visit the White House next year while Duterte also invited Trump to attend the 2017 Asean Summit in the Philippines.

After Trump’s win over Democratic candidate Hillary Clinton in November, Duterte said he looked forward to work with the business tycoon.

He also softened his stance, against the US, saying “I don’t want to quarrel anymore” with the US.

Duterte also earlier said that he could get along well with Trump. TVJ

RELATED STORIES
Duterte, Trump to get along well but that doesn’t mean closer ties

Obama sees Duterte hitting it off with Trump