Duterte: PH not ready for military alliances with Russia, China 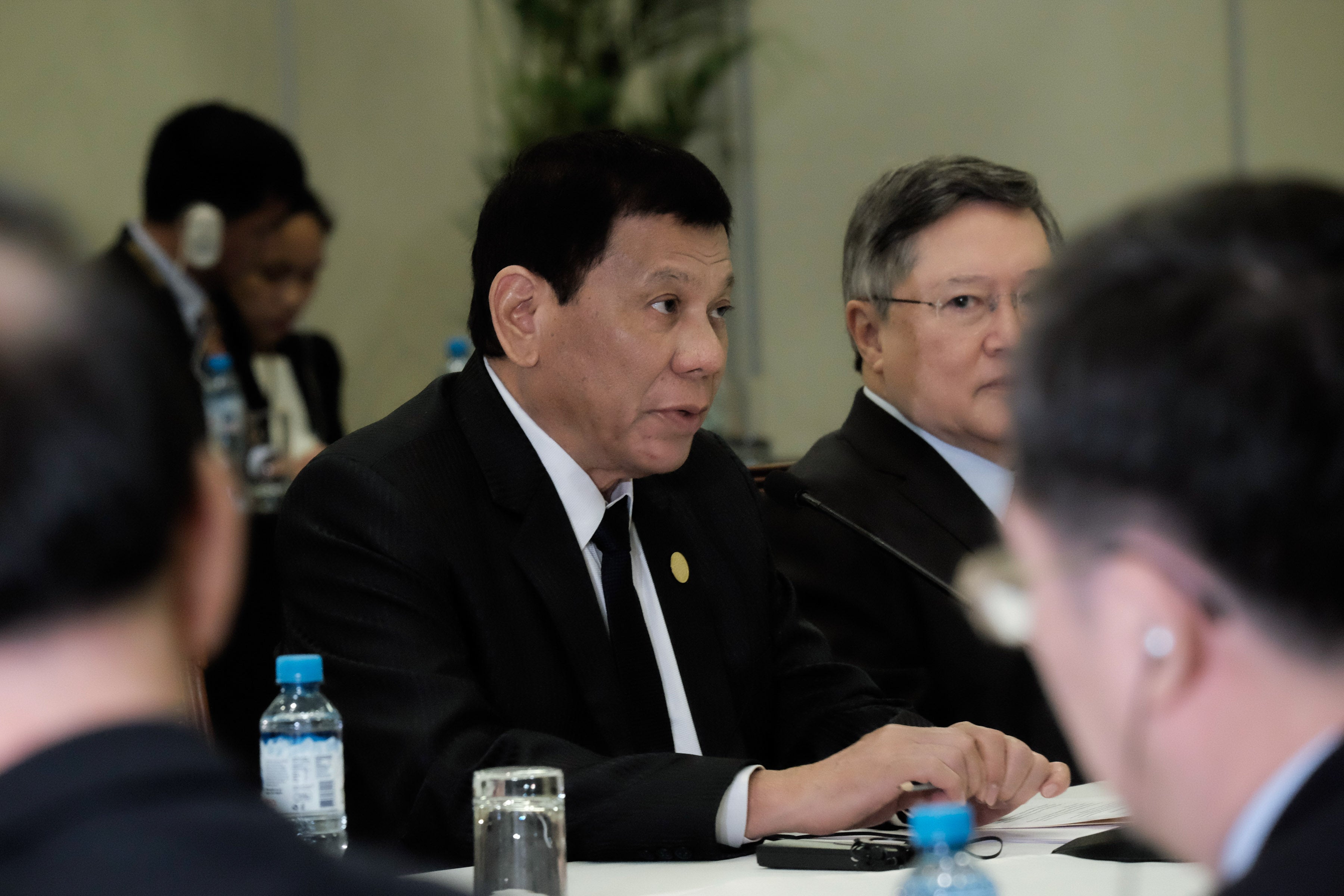 The Philippines is “not ready” for a military alliances with Russia and China but is willing to cooperate with its emerging allies, President Rodrigo Duterte has said.

“I’m not ready for military alliances because we have a treaty signed in the ’50s,” Duterte said in an interview with Russian television RT this week.

Duterte was referring to the Mutual Defense Treaty (MDT) between the United States (US) and Philippines signed on August 30, 1951.

The President said he was ready to cooperate with his “new friends” China and Russia “to make this world more peaceful.”

“I just want to be friends, to show to the world that I am not limited to a few countries, that I have to interact with the rest of the world, because we are a sovereign state,” he said.

“We have to do business and to have diplomatic relations with everybody. And if there is good to it, then I thank God,” he added.

In an interview last Tuesday, Russian Ambassador Igor Khovaev said Moscow was not seeking a military alliance with the Philippines, but is looking at intensifying its “partnership” and “friendship” with Manila.

Khovaev said Russia did not have any military alliances in the Asia-Pacific region and intended to keep it that way.

Duterte has repeatedly assailed the US for intervening in the country’s domestic affairs particularly on his brutal crackdown on illegal drugs.

The chief executive had earlier said that he could turn to Russia to supply the country’s firearms deal after a US senator threatened to stop the sale of 26,000 assault rifles to the Philippines.

“I said, I have a friend who has plenty. As a matter of fact he is selling it buy 1, take 1,” Duterte said. RAM