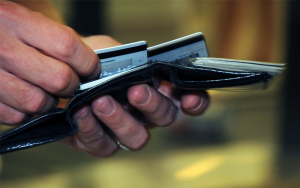 SAN FRANCISCO – British Columbia, Canada’s highest court has refused to reduce the jail sentence of a Filipino man convicted of identity theft, who had appealed the length of his prison sentence so could fight a deportation order.

In June 2011, Domingo Mariones Gonzales, 48, was sentenced in Vancouver provincial court to eight months in jail after pleading guilty to possessing 12 documents, including credit cards, driver’s licenses and bank debit cards, in the names of other people, according to a report by the Vancouver Sun.

Gonzales, the father of four, committed the crime when he was already on bail on charges of committing two previous similar crimes of attempting to cash stolen checks.

Gonzales came to Canada in 1980 and has permanent residency status but is still a Philippine citizen. He appealed his sentence in 2013 when the Conservative government changed the law so that a criminal with a prison term of greater than six months could not appeal deportation.

In May 2015, Gonzales was found inadmissible to Canada because he had received a sentence of more than six months. His appeal against a deportation order was denied. He then applied for help from Legal Services Society to appeal for a shorter prison sentence so he could prevent his deportation.

A three-judge panel of the B.C. Court of Appeal dismissed the appeal, ruling that Gonzales’ long criminal record meant that the eight-month sentence was appropriate, despite the immigration consequences for him.

Gonzales at the time of the sentencing had 20 convictions, including nine property-related offences, one for possession of a narcotic, two for uttering threats, one for assault, one for attempted fraud and three for fraud.