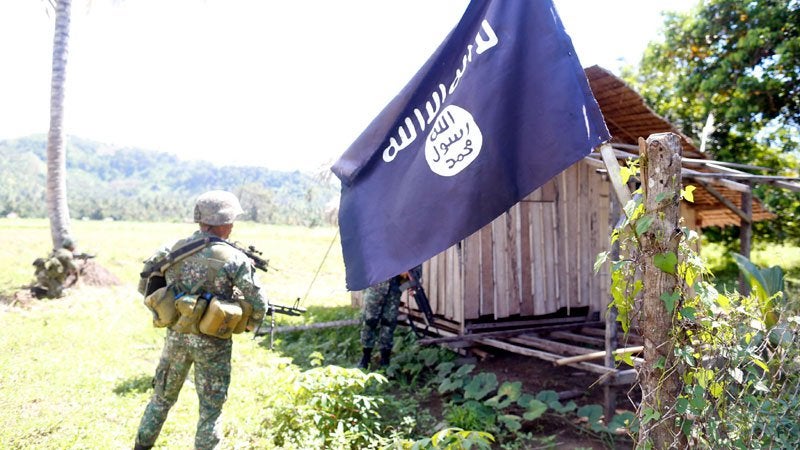 MANILA — The extremist ISIS has crept into the country, President Duterte disclosed Monday night as he confirmed that the Abu Sayyaf faction of the Maute Group has allied itself with the violent Islamic group.

“The intelligence community advised me that ISIS has… connected with the group in the Philippines called the Maute. There is a waging war now in Lanao,” the President said in a speech in Malacañang.

The Commander-in-Chief said he would fly to Marawi City on Tuesday to meet with military officials on the ground.

Black-clad members of the Maute Group attacked and occupied the old municipal building of Butig town, Lanao del Sur province, over the weekend.

Photos of the local terrorists replacing the town hall’s Philippine flag with the flag of ISIS had circulated in social media.

On Monday, the Armed Forces of the Philippines reported killing 19 Maute Group members in operations. Thirteen soldiers were wounded.  SFM