Oslo too cold for peace talks, so it’s on to Rome | Global News
Close
menu
search

Oslo too cold for peace talks, so it’s on to Rome 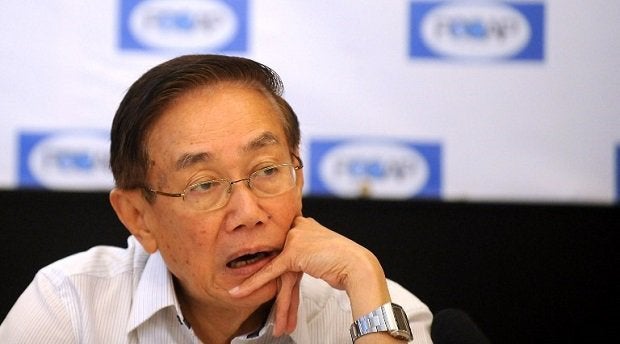 BAGUIO CITY—Rome is the new venue for the third round of talks between the government and the communist National Democratic Front of the Philippines (NDFP) because of a slight problem in Oslo, where previous talks were held—it’s too cold in Norway in January.

“Both sides find Oslo too cold. It would be below zero in January. When we went there once in February, it was minus 20 degrees Celsius and people got sick,” Luis Jalandoni, senior adviser to the peace negotiating panel of the NDFP, said during a peace forum at the city hall here on Friday.

Jalandoni described the Rome talks from Jan. 18 to 25 as a “hard battle” because both government and NDFP panels would address social economic reforms being pushed by the NDFP.

“The NDFP would demand the abrogation of unequal treaties with the United States, like the Visiting Forces Agreement (VFA) and the Enhanced Defense Cooperation Agreement (Edca),” he said.

He said the VFA “violates our sovereignty” while the Edca allows US troops and personnel “to go to different so-called agreed locations.”

“It would not be an easy negotiation. There will be big tough battles ahead in order to get the reforms, [such as] the defense and recognition of ancestral domains. It would mean battles to assert our national sovereignty,” he said.

He said the discussions would “address the root of the armed conflict so there would be a basis for a just peace.” “There should be land reform … national industrialization, so the Philippine economy can take advantage of its human … and natural resources,” he said.

Jalandoni had concerns, however, about the impact of ceasefire breaches allegedly by the military on the talks.

The issue could be resolved if the government and the communist rebels agree to a joint bilateral ceasefire, which would enforce a set of guidelines accepted by both parties, said Labor Secretary Silvestre Bello II, a member of the government peace panel.

Some of the alleged military breaches involve indigenous peoples (IP) communities, prompting the Cordillera Peoples Alliance to request Jalandoni and Bello to discuss IP rights when the panels discuss the  socioeconomic agreement.