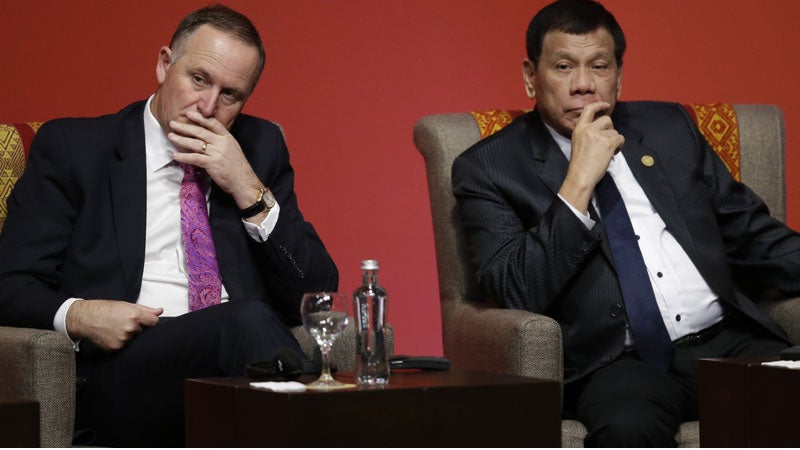 The success of President Duterte’s debut at the Asia-Pacific Economic Cooperation (Apec) summit should be measured by how much the country had gained from the trip, not by his attendance at a gala dinner and pictorial with fellow world leaders, Malacañang said on Tuesday.

The President’s visit to Peru for the Apec summit had yielded “positive results,” especially with Russia, China and Vietnam promising to share their technology with the Philippines, said Assistant Communications Secretary Ana Marie Banaag.

“The nonattendance of the President at the gala dinner and picture-taking should not be a barometer to measure whether the participation of the Philippines is successful or not,” Banaag said.

Banaag said Malacañang respects the opinion of former President Fidel Ramos, who expressed disappointment at Mr. Duterte’s absence at the events. Ramos said it was the President’s duty to attend even if he wasn’t feeling well.

Mr. Duterte said he skipped the dinner and pictorial at the end of the summit because he was feeling lightheaded from jet lag. The events coincided with his sleeping hours back home, and he could barely keep his eyes open, he said.

This was not the first time Mr. Duterte had skipped events at an international gathering.

He failed to show up at a meeting of leaders of the Association of Southeast Asian Nations, the United States and India during the regional summit in Laos in September.—LEILA B. SALAVERRIA