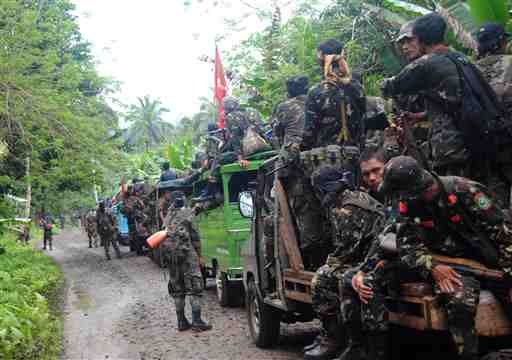 Indonesia, Malaysia and the Philippines have agreed to initiate joint army training to advance efforts to secure the Sulu Sea from rampant piracy.

Indonesian Defense Minister Ryamizard Ryacudu explained that each of the countries would first begin its own army personnel training in January 2017 before conducting the joint training later in the year.

The military training will take place in Indonesia’s Tarakan in North Kalimantan, Malaysia’s Tawao Island and the Philippines’ Bongao Island.

Ryacudu said Army soldiers set to participate in the joint military training would form a special force tasked with facing the notorious Abu Sayyaf militant group that masterminded a series of recent kidnappings in Sulu waters, located in the southwestern Philippines.

“It’s part of a concrete action we, Asean countries, are taking to secure the region,” he said in Jakarta on Thursday.

The need for joint army training was discussed during a meeting between Ryamizard and his Malaysian and Philippines counterparts, Hishammuddin Hussein and Delfin Lorenzana, held on the sidelines of the Asean Defense Ministers’ Meeting (ADMM) retreat earlier this week in Laos.

Both Malaysia and the Philippines welcomed the initiative, which will add to a joint sea patrol in Sulu waters that the three countries previously agreed upon.