With Trump, PH may have to pay for US protection | Global News
Close
menu
search

With Trump, PH may have to pay for US protection 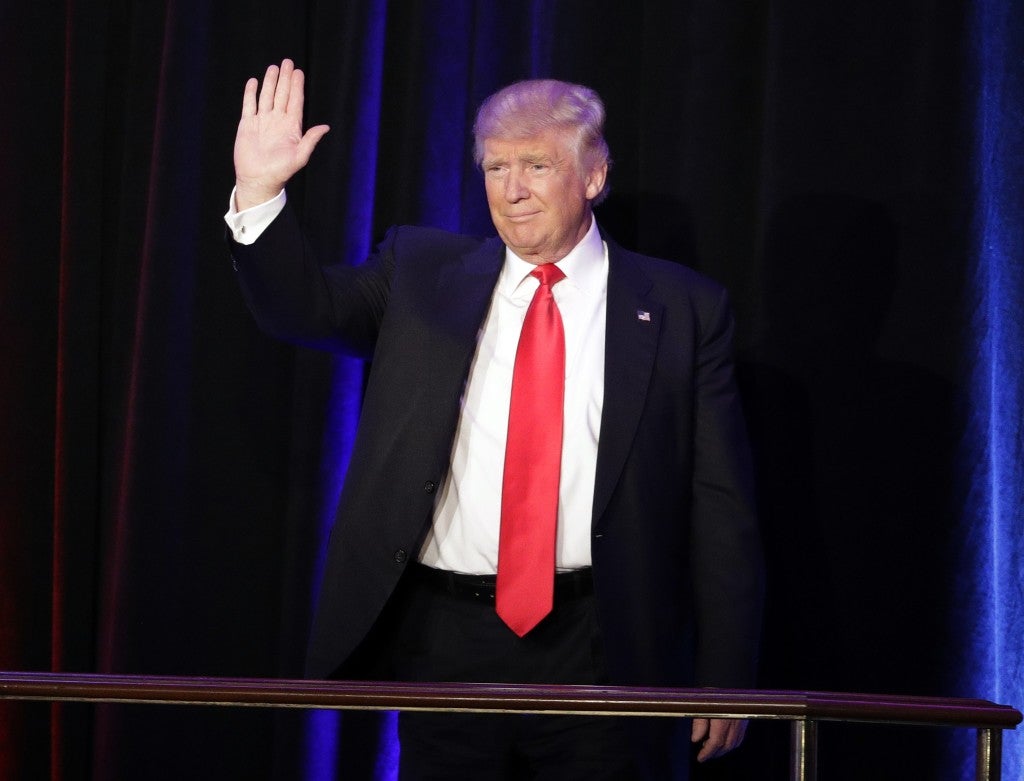 The Philippines will have to dig deep into its pockets to secure and defend its porous shores under a Trump administration, which is expected to require the United States allies to pay for American military protection.

During a forum held by the Miriam College Department of International Studies yesterday, Senior Associate Justice Carpio said the biggest impact of a US President-elect Donald Trump on the Philippines was the anticipated cutbacks on American military spending, especially as part of his campaign promise to cut expenses and reduce the government’s debt.

“The US President will require allies of the United States to help defray the cost of maintaining the US forces in their area. That will be hard for us because we cannot even put up a credible self defense force,” said Carpio.

During the campaign, Trump blamed the excessive military spending for the US government’s huge debt and urged his country’s allies to pay their fair share of the cost of maintaining global security.