Filipina shoved to death in front of NY subway train 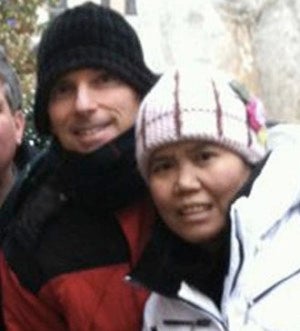 NEW YORK CITY — A woman who was shoved in front of an approaching subway train under Times Square has been identified as 49-year-old Filipina cook Connie Watton of Queens.

Authorities say Watton and another woman, Melanie Liverpool, were talking or arguing on the platform before Liverpool pushed Watton onto the tracks.

Liverpool is being held without bail after her arraignment Tuesday on a murder charge. Authorities have described Liverpool as emotionally disturbed. Some reports say she is schizophrenic.

It wasn’t clear if she had a lawyer who could comment on her behalf. Authorities have described Liverpool as emotionally disturbed. Subway deaths from pushes are not common, but there have been a few in the past few years.

She emigrated from the Philippines, was a skilled cook who worked for years at the Schwarzman home on Park Avenue.

With reports from the Associated Press and the New York Post.