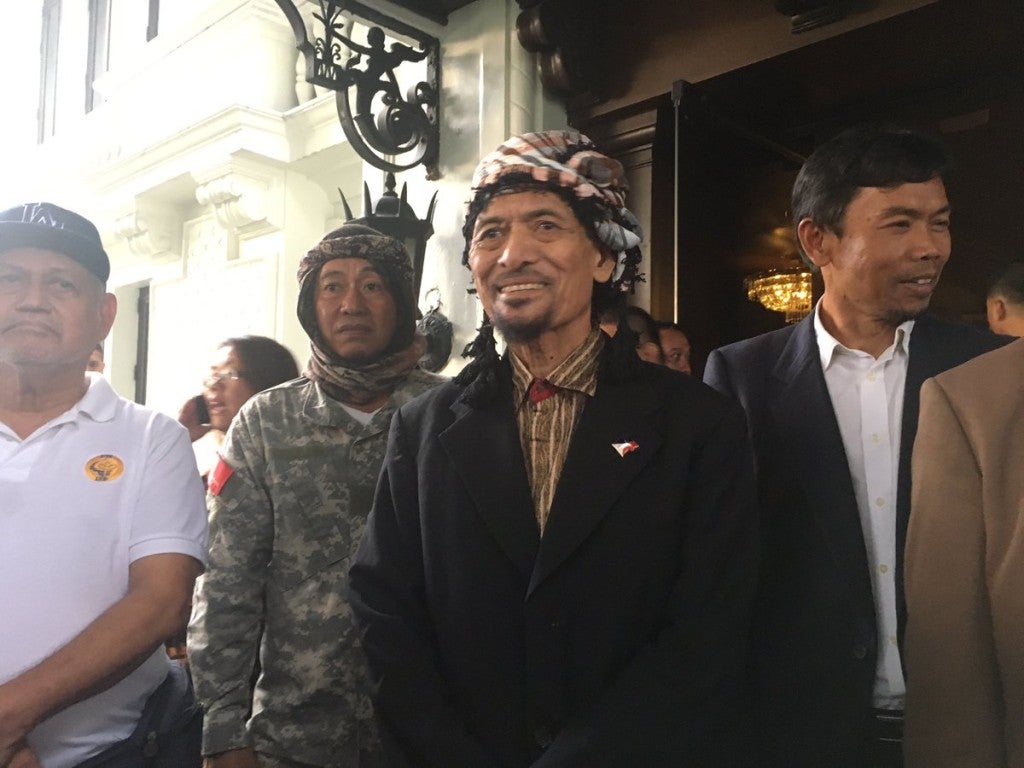 Nur Misuari emerged from hiding in Jolo following the suspension of his arrest warrant for rebellion in connection with the 2013 siege of Zamboanga City. —INQUIRER PHOTO

The assertion of Nur Misuari, Moro National Liberation Front founding chair, that Malaysians have been hiring Moros for kidnap-for-ransom activities, needs to be validated, according to the military.

“To claim that Malaysia is involved in kidnapping is a very serious allegation,” said Col. Edgard Arevalo, public affairs chief of the Armed Forces of the Philippines (AFP), on Friday. “That is even a declaration against the interest of the MNLF.”

The AFP needs to “validate that volunteered information,” Arevalo said.

“Mr. Misuari may have to provide the evidence he claims to possess, primarily (to) the PNP (Philippine National Police) and to the AFP as well,” he added.

Misuari, who was tagged in the deadly Zamboanga siege in 2013, had come out of hiding in Sulu as his warrant of arrest was suspended for six months by a local court for his role in the peace talks.

When he set foot in Malacañang on Thursday, Misuari said Malaysia used Moro people for kidnapping activities in Mindanao, adding he had evidence to prove it.

He said Malaysia was to blame for the kidnappings in Sipadan in 2000, where 10 Western tourists and 11 Asian workers were abducted by the Abu Sayyaf.

Arevalo said they would seek coordination with Malaysian authorities in validating Misuari’s accusations.

“We will enlist the assistance of our Malaysian counterparts in that regard because they are as keen as the AFP and the PNP in curbing the incidents of kidnapping in our common border,” he said.