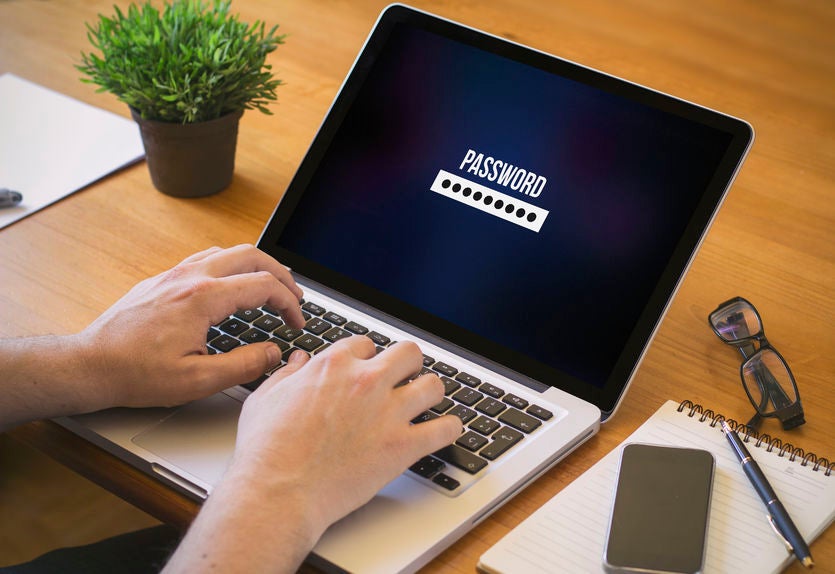 The laptop was stolen around seven months ago and then suddenly appeared somewhere in the Philippines with a woman asking for its iCloud pin. Image INQUIRER.net

Apple’s iCloud solution is fairly effective when it comes to “bricking” stolen Apple devices, rendering it useless–a sort of final “in your face” for anyone who has stolen and tried to use the Apple device. So when someone messages you out of the blue asking for your iCloud pin, you have more than enough reason to be extremely cautious.

This is the exact same experience that an Australian teacher is currently going through. Around seven months ago, Damian Burke had his MacBook Pro stolen from his hotel room on the Gold Coast. With no leads to go on, he had completely given up on seeing his laptop again. 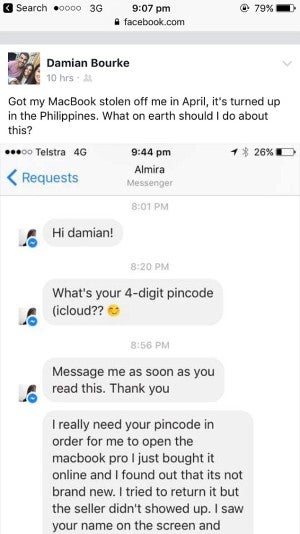 However, one day Bourke received an email from someone who claimed to be a Filipino woman named Almira Cintura. Surprisingly, Cintura also claimed to be a victim having bought the stolen laptop online and then losing contact with the seller when she tried to return it after discovering that it was locked. She then proceeded to ask for and eventually pleaded with Bourke to disclose his iCloud pin, saying that she badly needed to use the laptop. 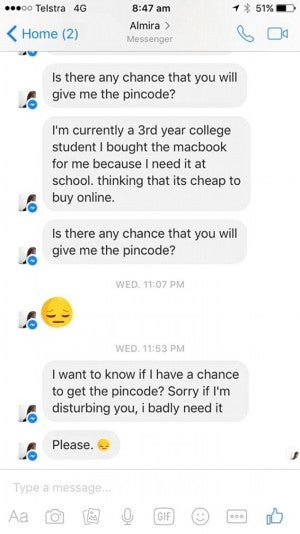 Confused, Bourke turned to social media in search for advice. Friends responded by warning him that it could be an elaborate scam.

It should be noted that providing the iCloud pin will not only give access to the stolen MacBook but also to a number of personal data that a hacker can potentially exploit in any number of ways.  Alfred Bayle