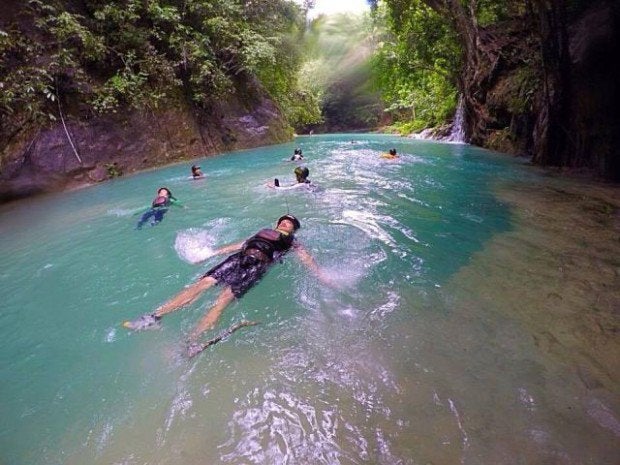 CEBU CITY — The US Embassy in Manila has advised its citizens to avoid going to southern Cebu and avoid the risk of being kidnapped.

The advisory, titled “Security message for U.S. Citizens: Risk of Kidnapping in Southern Cebu” was posted on the embassy’s website about 11 a.m. on Thursday.

“Terrorists groups are planning to conduct kidnapping in areas frequented by foreigners on the southern portion of Cebu Island, specifically the areas around Dalaguete, Santander, to include Sumilon Island” located off the mainland Oslob town, the advisory said.

“U.S. Citizens should avoid travel to these areas and are reminded to review personal security plans; remain aware of their surroundings, including local events; monitor local news stations for updates. Be vigilant and take appropriate steps to enhance your personal security,” the advisory said.

The advisory also reminded its citizens of a Department of State Worldwide Caution issued on Sept. 13, 2016, which mentioned of threats of terrorist actions and violence against U.S. citizens and interests abroad, including the Philippines.

“Extremists have targeted sporting events, theaters, markets, mass transportation systems – including airlines, and other public venues where large crowds gather. Crowded nightclubs, shopping malls, buses, and popular restaurants have also been targets. The Embassy reminds U.S. citizens of the importance of taking preventative measures to ensure their safety and security while traveling and residing in the Philippines‎,” said the US embassy advisory.

Chief Supt. Noli Taliño, director of the Police Regional Office in Central Visayas, said their office had not monitored any terrorist threats in Cebu.

But he agreed that residents and tourists should always be security conscious.

“The threats are always there in places frequented by tourists, in any areas of the Philippines. But in Cebu, we have not monitored any terrorist group entering the island. But we urge our people to be security conscious, to report any suspicious looking people and activities,” he said.  SFM